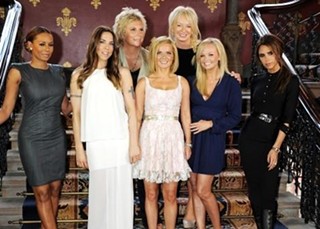 Come a little bit closer baby, get it on, get it on - 'cause tonight is the night when five become one (by queerty.com)

Ban-Ki Moon is outraged, Susan Rice isn’t having it, and Cyndi Lauper says no ma’am. Today’s AggreGAYtor ain’t just a river in Egypt.

• The British government will introduce marriage equality legislation next year.

• … which is good news, unless you planned on having a wedding in the perfect black and white church where everyone dresses like the Ascot scene in My Fair Lady and the Vicar of Dibley officiates.

• Ban-Ki Moon, the Secretary-General of the United Nations, performs a dis rap about countries that criminalize homosexuality. Although one would not make the mistake of saying he has “mad flow,” he is still a significantly better MC than Chet Haze

• Embattled UN Ambassador Susan Rice is also not down with LGBT oppression.

• St. Augustine passes an ordinance forbidding LGBT discrimination. Here is where I will admit that I have no idea whether St. Augustine is in Florida or Narnia, nor do I have any compunction about not looking it up. But kudos St. Augustine, welcome to the right side of history.

• Orange County schools (which I’m pretty sure is in Florida) passes its own non-discrimination policy. Stick that up your tropicana Anita Bryant.

• Meanwhile, like a cautious swimmer sticking their toe into Lake Minnetonka on the first warm spring day, Nebraska lawmakers are looking into the idea of equality.

• New Jersey Assemblyman Reed Gusciora has introduced a bill that would bring marriage equality to the ballot.

• The Supreme Court has picked an additional lawyer to argue that it really doesn’t matter what the SCOTUS thinks about DOMA.

• The University of Iowa has added optional boxes on its application asking students to report their sexual orientation and gender identity.

• The Fort Bragg Association of Officer’s Spouses, an avant-garde dance troupe dedicated to destroying the ideas of Merce Cunningham, has rejected a lesbian mother’s application for membership.

• Although the nation of Queerlandia does not recognize GQ as a governing body, we will let its decision to bestow honorary gay status on NFL super friends Chris Kluwe and Brendon Ayanbadejo stand.

• Sir Ian McKellen admits he has had “contained” prostate cancer for years. Luckily if it does get worse, he can just disappear for a while and then come back riding a white stallion and with a nifty Puff Daddy inspired wardrobe. Then he’ll help us defeat the hordes of darkness and we will be BFFs forever.

• No offense to the author of the timeless bon mot “you're a Mata Hari; I wanna know your story,” but the AggreGAYtor is o-ver a handful of celebrities being endlessly lauded for their tireless work on behalf of the LGBT community.

• The above statement, however, does not apply to Cyndi Lauper. Cyndi Lauper is kittens and puppies and rainbows and sprinkly cupcakes made from fluffy clouds and unicorn kisses.

• Opening arguments began yesterday in the Austin trial of Jose Alfonso Aviles, the man accused of killing his daughter’s girlfriend Norma Hurtado and her mother Maria.