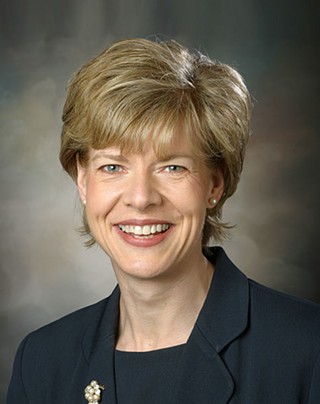 • Former Spartan Cheerleader Jimmy LaSalvia says the GOP would have won the election if they just listened to his advice.

• The Liberty Council’s Matt Barber asserts marriage equality advocates are using the issue as a “weapon,” which is good news for our military. Why spend billions of dollars on drones and aircraft carriers when you can just have a mass gay wedding and destroy the entire planet?

• I know that the Mayor of Television has a boner for Ryan Murphy right now, but isn’t there anyone else available to take on the adaption of Larry Kramer’s rage masterpiece The Normal Heart? I swear to Krishnallahweh , if there’s any singing or rubber suits…

• Jocular cuddlebear Scott Lively wants to run for governor of Massachusetts, where I’m sure everyone will be just delighted to learn how the queers started Nazism.

• If you are a little bored at work, read the block quote from this article on Pentecostal pin-up Gordon Klingenschmitt as if it is poetry. Bonus points if you read it in Senator Al Franken’s voice.

• Dear French Union of Islamic Organizations, I know we queers tend to create cutesy animalistic names for our various tribes; but you know we aren’t fucking actual bears and otters … right?

• Evidently the National Organization for Marriage got a hold of Harvey Fierstein’s tour de force performance as Andrew in "In the Shadow of Love: A Teen AIDS Story," as now they are comparing homosexuagayness to smoking. Put all of that together and you would have the most mind-blowing ABC After School Special ever.

• Tony Kushner explains that Abraham probably wasn’t sharing his log with anyone during the time period that Lincoln depicts.

• Maryland gay couple invite the entire internet to their nuptials, which might be our only chance to see Chris Crocker, Sweet Brown, and Keyboard Cat in the same room.

• The United States Conference of Catholic Bishops fail to pass “The Hope of the Gospel in Difficult Economic Times Unless You Are Trans of Queer in Which Case You Will Burn in Hell For Eternity Evildoer” statement, possibly because it was too wordy.

• Call me an optimist, but I think it makes me feel cozy inside that hatey hatersons spend so much money ($2 million from the Roman Catholic Church alone)trying to deny the LGBTQIAmericans our rights. I mean they could have spent that money on cancer research or helping alleviate poverty, but they think we’re super extra special. Awwww.

• The transgender liaison to Chicago’s Center on Halsted LGBT center resigns over acceptance of HRC donation, because really $250 does not make up for throwing transfolk under the ENDA bus.

• A radio personality has his name removed from Christian school alumni site because he once played “It’s Raining Men” without irony.

• A British driver refuses to drive bus with pro-gay message.