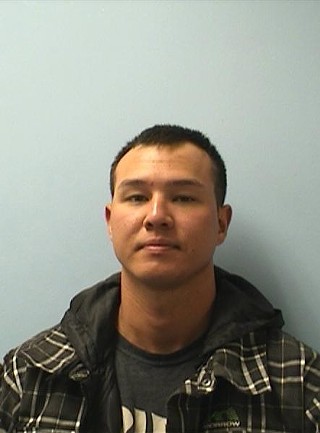 • Danish accountant Frode Holm regrets all those things he made up about Prime Minister Helle Thorning-Schmidt’s husband and Blair Waldorf.

• The SCOTUS will have a secret meeting in a conference room cleverly disguised as a deli to argue whether they will hear marriage equality cases. Justice Scalia will be bringing his famous nutty bars.

• The Alabaman man who gained infamy last year when a lesbian couple decided to fight back against his hate tirade is trying to make amends.

• Marriage equality advocates in Minnesota are given a last minute re-up to fight the proposed state ban.

• Britain’s big banks threaten to pull support for Stonewall UK awards unless “bigot of the year” category is removed.

• The Amazing Race’s token gay couple Josh Kilmer-Purcell and Brent Ridge explain why they were not strictly dickly while competing in Muslim countries.

• Gaypublican Carl DeMaio is befuddled that queers do not want him to be mayor of San Diego. I’m just taking a wild stab here; but it might have something to do with him being cozy with Prop 8 supporters.

• America’s uncle Joe Biden rightly says that transgender rights are the next frontier.

• Baltimore priest Richard T. Lawrencedoes not give a flying wimple about what his archdiocese says about gay marriage.

• The tea (which can’t be tea tea so may be more appropriately characterized as Pepsi Clear) in gay Mormon circles is that a hot debate is raging over mixed orientation marriages.

• Some bitch named Sandy was wrecked this week on Fire Island.

• Katy Perry, the pastry shop equivalent of Audrey II, will be honored with the Trevor Project’s “Hero” award. Really Trevor Project? There wasn’t anyone on this earth more worthy than the woman who dedicated her gender essentialist hit “Ur So Gay” at her high school reunion to a guy who wouldn’t date her – cuz, obvs, he must be gay ammirite? Not one damn soul?

• Another day, another report of Mitt Romney saying terrible things about LGBTQIA Americans. In this edition, he compares gay marriage to Dred Scott decision. Hearts and kisses, Mittens, hearts and kisses.

• Someone should really investiGAYte who the hell writes the questions for Yahoo Answers. Fourteen year old boys? Karl Rove? Judy Blume when she’s blackout drunk? Anyway, this question about the bisexual swinging of the Democrats first families is a doozy.

• The AggreGAYtor is perplexed why several media outlets keep blathering about LGBTQIA rights no longer being a “wedge issue.” Just because Mitt Romney is wearing his Moderate Man Halloween costume does not mean we’re going to see an equal sign on his Range Rover.

• Granbury Texas man claims that the First National Bank fired him for being high on the Kinsey scale.

• UT’s Mark Regnerus admits that his gay parenting study really had nothing to with gay parenting at all. Also, the AggreGAYtor has never seen Regnerus’ photo before today. He looks like he should be hanging out at Central Perk listening to a Gin Blossoms CD on his Walkman. Maybe that explains his retrograde opinions. It is becoming increasingly apparent that he stumbled onto a time machine while looking for the medical tent at Lollapalooza ’96.

BREAKING: Austin Police have released the booking photo of Lambert Borgardt, the perpetrator of the Pride Weekend attack on two gay men at Roppolo’s Pizza.