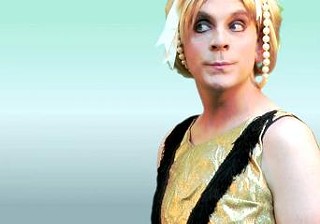 Geraldo Rivera tries to start a media storm, Andrew Sullivan is feeling atmospheric pressure, and Donald Trump is frosty towards Arianna Huffington. Today’s AggreGAYtor does not have to be a hurricane to turn things around.

• Sunburned Slim Jim Bill O’Reilly defends folks comparing LGBTQ people to pedophiles. The AggreGAYtor has a fantasy about combining Fear Factor with The O'Reilly Factor and maybe X Factor. The sight of Bill bobbing for rats in front of Howard Stern would be the apex of American civilization.

• If someone calls you gay, the appropriate response is almost never hitting them with a hammer.

• Satirical site’s Todd Akin post about breast milk curing homosexuality gets taken seriously by some news outlets that are definitely not the AggreGAYtor.

• The star of Australia’s Jersey Shore knockoff The Shire is arrested for gay bashing.

• Only Jerry Brown’s signature is needed to outlaw conversion therapy in California.

• Mayberry RFD intern David Barton claims gay marriage will bring financial ruin to nation. Presumably this is because gays are responsible for the nationwide craze of minimalist nuptials.

• Congratulations to Kyrsten Sinema, whose win in Arizona primary nudges her towards being the first openly bisexual member of Congress.

• Turns out that most of Lady Gaga’s Twitter followers are fake. Guess she’s just not on the edge of glory anymore.

• It has recently come to my attention that Drew Droege of “Chloe Sevigny” fame will be in Austin for an intimate evening. I hope they serve to-ast.