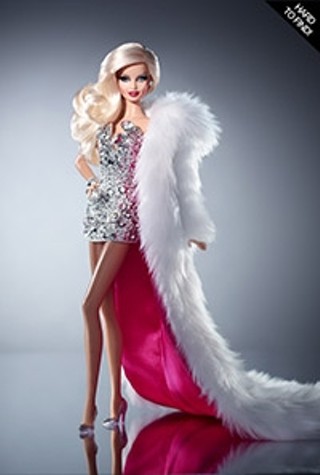 Barbie: from the legendary house of Mattell (by ew.com)

Matt Barber starts a witch hunt, Jeff Kent gets voted off the island, and Barbie turns it out. Step into my web said today’s AggreGAYtor, etcetera.

• In an inadvertent endorsement for the opposition, Iowa’s Governor promises that the GOP will double-down on anti-gay and anti-choice initiatives if they win majority.

• Anti-gay “celebrities” Blair Warner Lisa Whelchel and Austinite Jeff Kent join the cast of Survivor: Philippines. The AggreGAYtor would be more inclined to watch the pair try to make it through the weekend in Survivor: Fire Island.

• The new drag queen Barbie gives body-ody-ody, but is she resting on pretty?

• The Texas Supreme Court thinks that being called gay is defamation.

• The Austin Gay and Lesbian Chamber of Commerce announces the launch of The Agenda, a new LGBTQ publication in collaboration with The Austin Chronicle.

• The AggreGAYtor loves that Austin has such a fiercely active queer community. In the upcoming weeks, Austin’s creative class will be turning it out with the start of a free queer movie series, a magical drag ball, and queer life drawing classes. Austin: we invented werq!