Two women's bravery is more important than one man's evil

Dalen (left) and Hansen (by HS.fi)

How do you respond to a tragedy? In what way can you frame personal or communal heartache? Typically, how a group responds to tragedy helps to define both the tragedy and community going forward.

The two women pictured are heroes, but you probably don't know their names.

Today, his trial begins. His histrionics are already apparent. Claiming self-defense, Breivik spoke about his refusal to recognize the authority of Norwegian Court.

This display is nothing new. While in prison, he unveiled a list of unrealistic demands calling for the reformation of Norwegian and European society with a prime position for himself, to say nothing of the attack itself and a preceding car bombing in Oslo, Norway’s capital. Clearly, Anders Behring Breivik is disturbed, and his actions, while monstrous, were the stuff of madness.

I, like the world over, heard the horror story last summer. Apparently, I didn’t hear all of the story. Two weeks ago, at the college national speech tournament held at Texas State University in San Marcos, I saw a performance about two women whose names we should be celebrating: Hege Dalen and Toril Hansen.

A married lesbian couple picnicking on the opposite coast of Tyrifjorden Lake, heard gunshots and screams. Horrified as they watched children running into the water while a madman dressed as a security officer terrorized and stalked their peers, these two women did the unthinkable.

They pushed their boat in the water and moved towards the gunfire.

Hege Dalen and Toril Hansen identified children treading water. In shock, these victims were pulled into the boat, comforted, and collected. Then Dalen and Hansen rowed back to their side of the shore and deposited them in safety. It was then that they noticed the bullet holes in the side of the boat. Undeterred, they went back and rescued more than 40 children. Five trips in all.

It shocks me. They heard gunfire and moved towards it. They saw bullet holes and went back. They picked up children from the water, in terror and struggling for survival, and said to those that couldn’t fit, “We will be back.”

Breivik relishes his star treatment in newspapers and tabloids. The global spotlight is shined on him, and his madness will be discussed on television, in print, and over dinner. Dalen and Hansen’s heroism has barely been mentioned. Some believe it is due to the nature of their same-sex relationship. Others believe sensationalism targets the most grotesque elements of a story and feeds those to the public for consumption.

I will choose to celebrate Dalen and Hansen today. When Breivik’s manifesto was made public, his writings further identities of racial purity and xenophobic corruption postulated by only the most rabid right wing. Isn’t it fitting that the saviors here, the act of purity and compassion, the beautiful note at the end of a cacophony, is this quiet, lesbian couple acting without regard for their own well-being?

Hege Dalen and Toril Hansen’s bravery is the important story. We know insanity’s evils. We’ve seen what fear and terror can do before. What Dalen and Hansen did is super-human. It is extraordinary. It is beyond compare. It is something to remember. 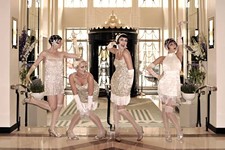 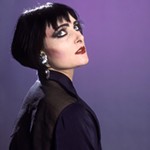 Where the Girls Go/ATX: The Peculiar Edition
Queertastic grrrl events this weekend, and every weekend