Tuesday News Gay guy Daniel runs down 2011 for you 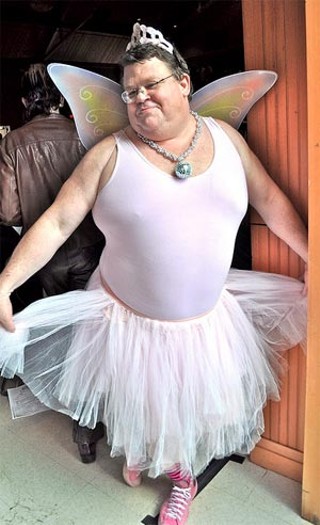 From wishes to bottoms to buckets, here are my 2011 picks.

2) Obama will get re-elected, no problem… the GOP will lament its continued implosion.

3) A major LGBT media outlet will controversially go mainstream by dropping its gay label and marketing to a wider (ie. straight) audience

4) An openly gay politician will be outed as a closet heterosexual complete with wife, a milk addiction, argyle furnishings, and a son named Chesterfield.

6) Disney will make conservatives heads explode across the world by presenting (gasp!) a gay character.

7) The first athlete in a major American pro-sports team will come out to the adoration of gay media and LGBT athletes everywhere.

8) Someone will create a good HIV-prevention campaign that acknowledges the disease no longer being a death sentence while stressing the need for prevention.

9) California haters will find themselves humiliated when their attempts to erase LGBT people from public school history curriculum fails.

10) Drag kings and FTM chic will make a comeback in a big way.

1) My hairline gradually receded into my father's

2) One hit of weed made The A-List: Dallas "too hard to watch"

3) A newfound enthusiasm for fiber

5) An inexplicable preference for naps over sex

8) A silver chest hair. When I get a silver pube, I'm throwing myself a wake.

9) Throwing away a bunch of tight T-shirts with phrases like "Bottoms Up!", "My Ex-Boyfriend Turned Me Gay," and "Life Is More Than Just 7 Inches Long"

2) Spend a day in public as the opposite gender.

3) Watch grizzly bears doing it in their natural habitat of Provincetown.

4) Perform a kickass burlesque number (preferably to a Roisin Murphy's "Off and On").

5) Have my old Grindr or Manhunt pics used in an art exhibition protested by several local "family" groups.

6) See Sir Elton John perform live – either onstage or in the Mexican pastries aisle at the Mrs. Baird's wholesale store.

8) Write, direct, and star in an unauthorized autobiography playing an actor posing as myself.

10) Wrestle an DILFy elected official at an LGBT charity event and win using the "Pain-bow" – later claim that he/she cheated.