Let's be perfectly clear, boys and girls: C**ts are still running the world. But with a new year comes new hopes, new bottoms, and hopefully some new tops. ;)

I present you with three lists: a Gay Place Top and Bottom 11 and a more personal Top 11.

GAY PLACE TOPS
1) DADT DEAD and loving it.
2) RYAN GOSLING This heroic heartthrob wins my vote for hunk of the year.
3) LESBIAN NAVY KISS Here's to many more.
4) MAIL ART WITH DANDY AT BERNADETTE'S Arts & crass with some cool cats at our new favorite dive.
5) QUEERBOMB 2.0
6) LESS BULLYING
7) GLITTER BOMBING Blinging up the bigots, one at a time.
8) OCCUPY WALL STREET
9) CHAZ BONO You weirded them out fierce.
10) HIPSTER ARIEL A whole new world of snark.
11) BEYONCE The one pop star this year who kept it classy.

ROB'S TOP 10
1) MY FIRST TIME IN PRINT Hopefully not my last.
2) MY FIRST DOC MARTENS I put the Oi in boi.
3) LUMPY SPACE PRINCESS Look it up or she'll cut you.
4) AMERICAN HORROR STORY Rob & Tate 4ever, though that maid damn near turned me straight.
5) HOSTING A SUCCESSFUL XMAS PARTY Around 40 guests, 400 beers, and lasting until 4am.
6) REBECCA BLACK'S "FRIDAY" Can I have my brain back yet?
7) NYAN CAT
8) MICHAEL STIPE AND CHRIS BROWN'S PENI That's a sword fight I'd like to see.
9) FIGURING OUT HOW TO PIRATE THE HOWARD STERN SHOW
10) RUM HAM
11) FRED ARMISEN Portlandia + Thom Yorke impression = gold. 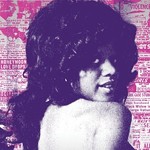 Best of 2011, So Far
Wrapping up Christmas in July