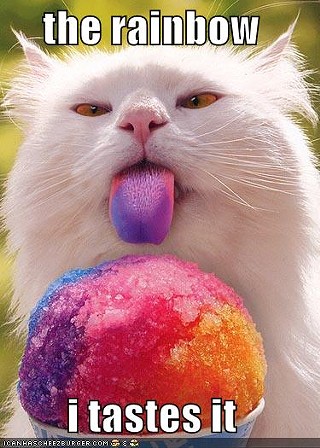 2011 brought progress. 2012 is already off to a pretty impressive start.

Because we wouldn't be a blog without Top 10s.

3) SEC. OF STATE CLINTON'S SPEECH to the United Nations in Recognition of Human Rights Day.

5) PRIDE/QUEERBOMB BECOME AMICABLE. I may be jumping the gun with this declaration? I think that's what happened. The sides seemed to recognize one another's value. That's a pretty big step.

6) BIG FREEDIA HITS THE BIGTIME and has a fan in Austin's man-crush Ryan Gosling. (photo courtesy of Driven By Boredom)

7) WEEKEND & PARIAH bring GLBT cinema back up a few pegs.

9) THE VOICE hits primetime with two Austinites and multiple out participants. Nakia rules everyone's heart because of course he does.

10) ABSOLUTELY FABULOUS RETURNS and, if you don't consider that a victory for the LGBT movement, then move along sweetie darling.

4) SENATE FAILS TO ADOPT PROTECTIONS FOR LGBTQIA STUDENTS in the reauthorization of the Elementary and Secondary Education Act.

5) NEW AIDS INFECTIONS FOR GAY & BISEXUAL MEN ON THE RISE and are the only group for which this is the case.

6) RICK PERRY'S "STRONGER" VIDEO was horrible, even if the parodies were by-and-large hilarious. This might be higher on the list, but hahahahahahaha Perry ain't winning shit.

7) TYLER THE CREATOR: "I'M NOT HOMOPHOBIC. GAY JUST MEANS YOU'RE STUPID." - No, you're homophobic.

8) NBA STARS CONTINUAL USE OF "FAGGOT".

9) ANYONE REFERRING TO GAY AS THE NEW BLACK as if issues of race weren't current or distinct voices in Civil Rights were as disposable as fashion trends. No matter the intentions, no matter the writer's personal history, gay is the new gay and black is still black.

10) HAVING TO ADMIT GOPROUD WAS EFFECTIVE if not devoid of massive amounts of drama.

1) OBAMA REELECTED No, he's not the savior many hoped he'd be, but the alternative is not an individual politician. The alternative is the understanding that America has chosen to side with bleak, small people who are arrogantly homophobic.

2) OBAMA's POSITION ON GAY MARRIAGE EVOLVES We'll probably have to wait till 2014 for this, though, if he wins reelection.

4) IT GOT BETTER Statistical evidence that the effort of the previous year has helped curb violence and hatred toward GLBTQIA youth.

5) MORE VENUES LIKE CHEER UP CHARLIES I was going to include Barbarella and perhaps should, but if you've been paying attention to Facebook, Twitter and certain less-than-responsible blogs, you know this item would've blown up in my face. More on that later.

6) LOGO APOLOGIZES FOR THE A LIST DALLAS It'll never happen and maybe this is personal, but good lord, that show makes my skin crawl.

8) GOP GAY-BAITING BULLSHIT BACKFIRES The more they run to the right, the more the rest of the country realizes what the alternative to Obama is. The best political obituary that could be written in 2012 would not be for an individual candidate but for the influence the far right religious conservatives have on the Republican Party.

9) NEIL PATRICK HARRIS STARS IN A MOVIE other than Smurfs. Heteros have been getting our roles for a few decades. It's time we turned the table.

10) AN OUT PROFESSIONAL FOOTBALL PLAYER We've had out athletes representing the USA and out athletes of brutal, physical sports, but until a gridiron icon steps forward, there will be Americans who believe there are some places homosexuals don't exist.

Point Austin: Can This Really Be the End?
A look forward, a look back