Gay Place and Queerty editor give it to you, not so straight 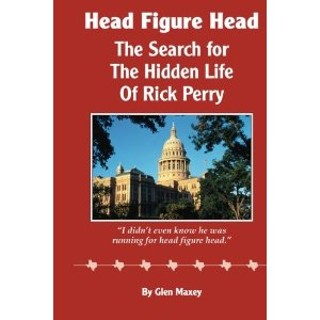 This week's LGBT news round up includes a newly outed anti-gay Republican, a book about Rick Perry's alleged gay exploits, and some choice entertainment gossip. So pony on up to the bar and have yourself a nice tall glass of queer news!

Greg Davis – the conservative Republican mayor of Southaven, Mississippi – came out last week. That'd be great news if he hadn't come out amidst a scandal about him buying gay Canadian sex toys with taxpayer money.

Rick Perry is a total homogay, according to Glen Maxey's book entitled Head Figure Head: The Search for the Hidden Life of Rick Perry. Warning, before you go out and order Maxey's book on Amazon, you might wanna know that the Huffington Post axed Maxey's gay expose saying that it lacked substance, something Maxey denies.

In entertainment news, Madonna just signed a contract to keep releasing albums until she is 60 years old, GQ has apologized for suggesting that glam rocker Adam Lambert has a "testosterone problem" and the Logo reality show The A-List: Dallas concludes by featuring conserva-hag Ann Coulter… bleccch!

It turns out that the conservative anti-LGBT group, the National Organization for Marriage, is almost entirely funded by just two millionaires.

And soon-to-be-retired U.S. Representative Barney Frank says that transgender activists who have an all-or-nothing approach to winning civil rights are ridiculous and politically stupid. Oh, Barney, you curmudgeonly cat, you.