Over the Wall With Will Sergeant

Rob yaks with Will Sergeant of Echo and the Bunnymen 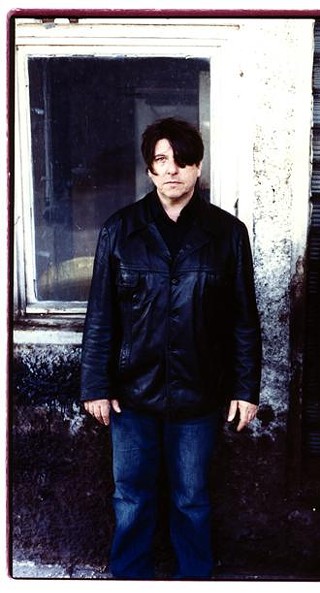 Will Sergeant and Echo and the Bunnymen are Eighties unsung heroes – or at least undersung. As guitarist for this seminal group Sergeant brought a psychedelic sound into the chilly post-punk landscape that truly set the Bunnymen apart from a lot of the day's sounds. The band is currently touring and stop in Austin tonight, May 7.

From Liverpool he spoke of Radiohead, Rusty Spur, and plans for the future.

Austin Chronicle: Why did the band decide to do a tour revisiting Crocodiles and Heaven Up Here?

Will Sergeant: Well, first we started with doing Ocean Rain a couple years back. That was talked about for ages. Then Arthur Lee started touring Forever Changes, and that seemed really cool. So it sort of came from Arthur doing it, really. Then we did the Ocean Rain tour, and I suggested doing Heaven Up Here and Mac (McCulloch) suggested doing Crocodiles, as well.

AC: It must be refreshing to revisit the deep cuts in your back catalog.

Will: There are tunes on there we never ever play live. "Pride," "It Was a Pleasure"… so that's interesting for us and those who come to see us. I haven't played them records since we did them. The only time I hear them is playing the odd thing live. I was quite surprised how good they were when I played them again.

AC: It's sort of a double-edged sword. As an audience member you know what you're going to hear but you lose the element of surprise. How do you combat that?

Will: Well, you know, they're not exactly the same. We're not… you know, Wings (Laughs). The way they used to play exactly the same every night. There are slight variations and plenty of room to wander. You know, the end of "Happy Death Men", it sounds a bit like the Red Krayola. It's brilliant, the madness going on there. It's different every night.

AC: Why did you begin with these album tours with Ocean Rain?

Will: It seemed to be the obvious standout. It had the strings and had the dark sea theme. It's part of the first four but it stands out in a way. That's where we took it up a gear.

AC: Any chance of a Porcupine tour?

Will: Well, I'd be up for it! Yeah, it has been great doing these things. It's sort of like saying, this is how cool we were. We were pretty weird, it is sort of reiterating that. It's like showing off really. We were doing 30 years ago. Who's doing stuff like this now…? Maybe Radiohead or … nobody else really.

AC: Are you a Radiohead fan?

Will: No (Laughs). We are really not interested. They are quite an interesting band. They seem to go their own path … and that's what we did. We didn't try to fit in any scene. I don't own any Radiohead records, except maybe Creep on CD somewhere. I have too many other records to listen to.

AC: Is there anything new in music exciting you right now?

Will: I quite like them Black Angels. Phosphene Dream, their last album, has a lot of Syd (Barrett)-era Floyd in it, which I love. We went to see the Decemberists other week. I like them. There's a bloke named Hallowed Be Thy Name in Liverpool. He's pretty freaky… big light show, projections. He looks like he just fell out of a crack in time continuum.

AC: Do you have any special haunts when you visit Austin?

Will: Well obviously the Magnolia Cafe. That place is brilliant. Last time we were in we saw Roky Erikson at the Ice Cream Social. That was great. That strip where all the bars are… can't remember names… Rusty Spurs (Laughs). We did a little gig there; it was brilliant.

AC: You have a big gay following.

Will: Do we now? I don't know if we do over here. It's probably McCulloch isn't it? He's a pretty boy isn't he? (Laughs)

AC: Is there any new Echo and the Bunnymen or solo work coming up?

Will: We're planning on doing an EP I think. Sort of like a four-track. We've been getting stuff together. There's nothing definite yet.

Will: I think it'd be a little bit less stress. It's quick. It's all talk at the moment… a little series or something. Maybe put them together as an album later on. Anything could happen. It seems that people are making albums, and nobody is really listening to them. People are just downloading the couple of tracks they like. So it's like, why waste your time if it's going to be ignored? It's a shame you know. There are certain album tracks over the years that wouldn't be made if they were being done now.

AC: What's the last album you listened to from beginning to end?

Will: Tubular Bells (Laughs) by Mike Oldfield. It's a classic, massive in the Seventies. I love how it's just a bunch of old hippies.

AC: What is inspiring this new music?

Will: I never know. Just what comes into your mind. I don't know. Just pick up the guitar and see what happens. I've never known where it comes from. I'm not clever enough to think, "Oh, that's inspiring me, I'm going to write a song that's a bit like that." I can't do it. I just drift around until something happens, really.

AC: What can someone who hasn't seen an Echo and the Bunnymen show expect?

Will: It's going to be psychedelic. A bit apocalyptic. It can't be brilliant, and it can't be terrible… but most of them are brilliant.

Be sure to check out Echo and The Bunnymen, tonight, Saturday, May 7 at La Zona Rosa. For a little preview of what's in store, check out the video for a live version of "Stars Are Stars" below. Tickets are still available here.