News AggreGAYte for the Week of April 21

All the gay news AggreGAYte we can muster 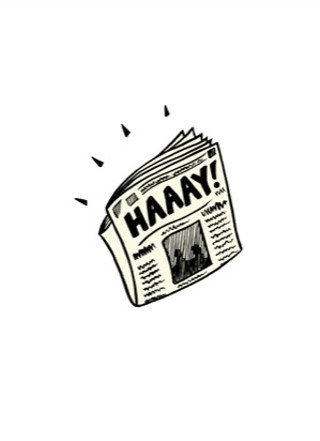 Some other newspapers may miss the big gay stories, but not us. No ma'am, our gaydar picks up the pinkest news around the country, wraps it up in bite size chunks, and delivers gay it to you. So open wide for a melange of some of the biggest LGBT stories you might have missed.

ANTI-GAY SLAYING LEAVES TWO WOMEN DEAD: 45-year-old Austin resident Jose Alfonso Aviles and a yet-identified Hispanic accomplice have been charged with the capital murder of 57-year-old Maria Hurtado and her 24-year-old lesbian daughter Norma. Aviles allegedly entered their home Monday night and shot the women dead because he disapproved of Norma's ongoing relationship with Mr. Aviles' 18-year-old daughter. Mr. Aviles' daughter was in the Hurtado's home when the murder occurred. A witness affidavit claims that Mr. and Mrs. Aviles sent text messages threatening Norma Hurtado and her daughter. Since a capital felony already carries a maximum penalty, it is unclear as to whether Travis County's lesbian district attorney will increase the state's burden of proof by prosecuting the case as an anti-gay hate crime.

SEXUAL POLITICS HAVE NEVER BEEN LESS SEXY: A group of red and blue Senators want Attorney General Eric Holder to prosecute porn more vigorously. Their reason: it encourages "violence against women, addiction, harm to children, and sex trafficking." Hmm… slippery slope much? Meanwhile, GOP House Speaker John Boehner said he'll take money from Holder's Department of Justice to vigorously defend the so-called Defense of Marriage Act in court. And lastly, former surgeon general Joycelyn Elders said women need to stand up to politicians playing "vaginal politics" over reproductive rights, lest we go back to the coat-hanger era (my words, not hers).

HORMONES AND BIRTH BATTLES ROCK, TRANS, AND FEMINIST COMMUNITIES: First, the Texas Senate may vote on SC 723 tomorrow morning before 11am on a bill that would render sex change documents legally inadmissible; tell your Democratic senators to vote "no" NOW! Second, the governing body of international track-and-field competitions recently said that women whose testosterone levels approaches that of men cannot compete as women. Would a surgery for a more feminine face help?

IT GETS BETTER? : A new study says that states approving same-sex marriage have lower suicide rates for gay teenagers. In other news, James Duke Mason, the son of Go Go Belinda Carlisle has started an "It Gets Better"-esque campaign, the Trailblazer Campaign working to encourage closeted Hollywood actors to come out. So far Sandra Bernhard, David Moretti, Perez Hilton, and a few others have already made videos. Who will be the first closeted celeb to come out? Place your bets!!! Oh and did you know that Dan Savage, his hubby, and a gay priest will serve as Grand Marshals for New York's 2011 Pride? Maybe things really do get better.

Until our next Aggre-GAY-te, enjoy watching 90210's gay characters make out at the 5:00 mark. Muy escandalo!

Gay place contributor Daniel Villarreal used to have a semi-monogamous relationship with Queerty.com… until the site unexpectedly died. Now he say he's in mourning but we saw him totally fooling around with The Gay Place during the wake. The grieving widower will gladly accept consolation gifts of vodka, strippers, and Lemon Cooler cookies if anyone can find them.

News AggreGAYte for the Week of Dec. 20
Celebrate the death of Don't Ask Don't Tell