News AggreGAYte for the Week of Fri., April 8 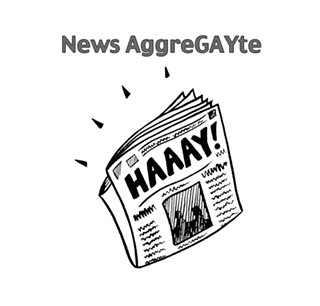 Daniel Villarreal regularly contributes to Queerty.com and several other queer blogs as an aspiring queer journalist and writer. The "hip-spanic" lives in Dallas where he inhales Asian food, indie music, and gay news like it's oxygen. He also does a bunch of other cool crap. [So we asked him to take a stab at some queer news. – ed.]

It's hard for even the most magical unicorn to wrap zir horn around all the queer news popping on the planet. So suck on these five rainbow-flavored tidbits and share them with Bubbles, Cadillac, and Tom Cruise as you all nibble on fruit salad.

THE CLOCK TICKS FOR TRANS-RIGHTS IN MARYLAND: For a while it looked like Maryland's Gender Identity Anti-Discrimination Bill (HB 235) might die quietly in the Senate Rules Committee. But it has come back from near death with a hearing scheduled Thursday. Will trans-activists persuade senator to amend the bill with "public accommodations rights" that protect trans-folk from discrimination in public transit, hospitals, hotels, restaurants, and bathrooms? We shall see. Meanwhile, Hawaii has banned transsexual workplace discrimination.

DAN SAVAGE GETS REALITY TV SHOW: America's favorite sex columnist finally has his own MTV reality show called Savage U where he'll answer sex questions from college students. It's really a perfect fit from the network that brought you Disaster Date and Teen Mom 3.

CAN OBAMA'S GAY BFF BEAT THE GAY GOP?: For his re-election campaign, The Great Black Hope rehired Ben LaBolt his openly gay PR spokesperson. How would LaBolt take on openly gay Republican presidential nominee Fred Karger? Maybe the two will have to lip-synch for their lives.

PAUL GAUGUIN, LESBIAN SMUT PEDDLER: A mentally-ill 53-year-old woman attempted to destroy French Impressionist Paul Gaugin's painting "Two Tahitian Women" which depicts the women with their breasts exposed. She punched its protective covering while screaming, "This is evil!" She described the painting as "very homosexual" and added, "I am from the American CIA and I have a radio in my head. I am going to kill you.'" Someone very close to notorious local drag terrorist Christeene has already stated that he would very much like to have drinks with this woman.

THE LOVE THAT DARE NOT RAP ITS NAME: Famous hip hop DJ Calvin Lebrun (aka HOT 97 D.J. Mister Cee) got arrested this weekend for getting oral sex in his car from another man. Some argue that if he'd been getting serviced by a woman, he'd be lauded as "a player" but since it was a dude – whoa – major shame. It has since revived all sorts of discussions about hip-hop homophobia and down-low brothers. In other African-American queer news, a new Malcolm X bio claims he once had a homosexual encounter with a white businessman. Oh, and Ghandi was in love with a German bodybuilder.

News AggreGAYte for the Week of Dec. 20
Celebrate the death of Don't Ask Don't Tell