Boycotts are a successful strategy for our community. But for how long?

C'mon. They're closed on Sundays. Who didn't think they were giving to anti-GLBT groups? Reminds me of a personal story.

My father is an equestrian. I wasn't exactly raised around horses but do have more than a passing familiarity. As a family, we went on week-long horse-riding and camping trips in the Wyoming Rockies. My brother and I took regular lessons. I know how to swing a polo mallet.

So for one Christmas, when I asked my former bronco-busting, rodeo-riding, macho Mexican father for a cotton candy pink My Little Pony dream castle, his response? “Of course Frank wants to play with horses. He's my son!”

I wish I had pictures of that Christmas morning. My uncles' and aunts' amusement. My cousin Katie's seething jealousy. My brother commandeering the dream house for his G.I. Joe's to storm because – after all – it does make for a believable drug kingpin's gaudy South American sin palace.

To me, the memory remains a testament. Of a parent's enduring devotion, and more germane to this conversation, the profound human capacity to rationalize.

Rationalizing shouldn't be something queers find foreign. What is the coming out experience but the stripping away of lies we tell ourselves? It's the systematic end of rationalizing on a personal level.

Now I know how this sounds, but for the past few years, I've done my darndest to avoid any information about Chick-Fil-A's attitude toward the GLBT community. I rationalized that as long as I didn't hear any evil, I could continue my patronage. Recently, however, the news has become inescapable.

Chick-fil-A gives away Veggie Tales to kids. Their website's stated Corporate Purpose is "To glorify God by being a faithful steward of all that is entrusted to us." And yes, they're closed on Sundays.

No, not all religious groups are out to get the queers, but considering the history of Southern-based, Christian organizations, what gay person wouldn't at least suspect tomfoolery?

And yet without irrefutable proof, I did indeed "EAT MOR CHIKIN!"

I've stopped for a month. In that time, Chick-fil-A addressed the problem and pledged to rectify their political donations.

This, of course, brings us to another round of "Was the boycott successful?"

With every boycott, the power resides in the PR disaster it creates. The money withheld pales in comparison to the damage done to a brand's image. Take, for example, the Target debacle. You have, essentially, 20 years of work separating the image of big box store Target from its rivals (primarily Walmart) by branding it the more urban, modern and luxury brand. Then, with the wrong political donation, that brand's image takes a noticeable hit in the span of a few weeks.

The old maxim "no publicity is bad publicity" is not true for big business.

Chick-fil-A inspires boycotts and gets booted off a college campus; yet the real threat comes from the op-eds, the photo-shopped images and the lasting impact of customer relations.

Head of GOProud Christopher Barron wrote about the ineffectual nature of GLBT boycotts.

It should be no surprise that I disagree. The threat of a GLBT boycott on a major brand has been proven in the past year to be a successful tool to change a corporation's donations practice.

There is the risk of overuse, of course. The overuse of a tool -- like a boycott -- that undervalues targeted attacks. Maybe it was just my friend group, but the reaction to a Chick-Fil-A boycott wasn't met with enthusiasm. More of a grudging acceptance, and on occasion, contrarian obstinacy. And a tendency towards apathy.

I think we're reaching a tipping point. Target, Domino's, and Cracker Barrel were relatively easy targets. If Chick-fil-A's boycott encounters backlash from a gay group (even a conservative one), I wonder about future efficacy.

Chick-fil-A responded quickly, fortunately. But will the national media tire of the GLBT boycott theme before corporations learn to avoid the scandal? I wonder.

In short, we should be careful about who we pick to picket in the future. 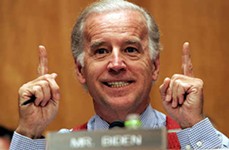