theGlitoris' Top 5 Albums to Pick Up in Janurary, 2011

As publications reflect back on 2010, theGlitoris looks to 2011.

The lead singer from Washington's indie rock band, Gossip, is going solo. Twenty-nine-year-old, Beth Ditto,- will release a four-track EP in January, 2011. Ditto, who is a lesbian, is well known for her outspoken support of both LGBT and feminist causes. Beth Ditto's forthcoming solo EP has reportedly been produced by Simian Mobile Disco.

Another artist breaking free from a successful project, is Casey Spooner of Fischerspooner fame. The electroclash duo, Fischerspooner, has been around for over a decade forming in N.Y.C. during 1998. The 40-year-old openly gay artist/musician, Casey Spooner, will release his first solo album, Adult Contemporary, on January 24, 2011 after just coming off tour with the Scissor Sisters. The two solo artists top off:

theGlitoris' top 5 albums to pick up in Janurary 2011: 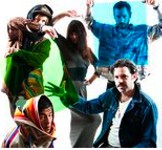 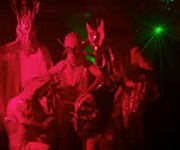