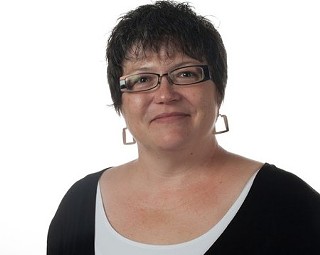 Breaking Up Is Hard to Do
by Dana Cloud

Frank Rivera's column on the October 20 vigil in response to the rash of gay teen suicides coming to light over the last few weeks portrayed me as a proselytizer whose remarks, specifically my critique of Hillary Clinton, were inappropriate to a situation of mourning.

I understand where he is coming from. Although most people in the crowd responded warmly to my remarks (which were little different from those of several others), a friend and comrade of mine cringed at what seemed to be a critique of a Democrat who actually came out in support of LGBTQ youth.

But the fact that Hillary Clinton (and then President Obama) spoke publicly about these tragedies in a way that implied support for LGBTQ youth is not enough. I watched and listened to Clinton's and Obama's remarks very carefully. As Dan Savage has pointed out, the message that "It gets better," or "Things will get better" coming from these leaders belies the things that they have done and stood silent about that actually make things worse. In addition, the claim that things will get better is hollow when there is a complete silence on how they get better.

Clinton claimed that things would get better because, look, they have gotten better for women (once we didn't even have the vote!) and minorities. We don't have chattel slavery any more, sure. But it wasn't thanks to the Democrats that women won the vote and abortion rights. It was the women's and black liberation movements that, in spite of the Democrats and Republicans alike who stood in the way, demanded and won affirmative action, voting rights, and the nominal end of Jim Crow.

What Obama and Clinton won't say is that they are part of the problem. It us up to us to make things better. One legacy of Stonewall is the knowledge that fighting back works. Since November 2008, our movement has gone through ups and downs, locally and nationally. But I maintain that our being out, proud, and fighting is why we are actually hearing about bullying and suicide.

Events like last Wednesday's vigil are spaces to say out loud the names of the lost and to bring the stakes of our fight into public view. We made it so that Obama and Clinton had to say something. It was not their beneficence but our pressure that broke the silence even if the response was hollow and too long delayed.

The last two weeks have proven definitively that the Obama administration is not our friend. During the weeks in which we lost Tyler Clementi, Seth Walsh, Raymond Chase, Joshua Melo, Justin Aaberg, Billy Lucas, and Corey Jackson (and untold others), Obama betrayed us not once, but twice. On October 12, the Justice Department announced it would appeal a decision by a federal judge that declared the Defense of Marriage Act (DOMA) unconstitutional because of its denial of benefits to same-sex couples married in Massachusetts.

The administration heaped more insult on injury when the Justice Department appealed another court ruling that was positive for LGBT rights – a September 9 decision by federal judge Virginia Phillips of California, who ruled that the U.S. military's "Don't Ask, Don't Tell" (DADT) policy unconstitutional. If the courts' ruling doesn't stick because of Obama's legally unnecessary appeal, then the DADT repeal could really be dead for the foreseeable future.

It is not just our movement: The Democratic Party has rightly been called "the graveyard of social movements," standing in the way, if not actively participating in the rollback, of reforms for women, people of color, labor, and immigrants. Our movement has felt the sting of betrayal too often, from Bill Clinton's implementation of Don't Ask Don't Tell and the Defense of Marriage Act to Joe Biden's insistence in the Vice Presidential debate that marriage "is between one man and one woman."

Rivera acknowledges widespread frustration with Obama's inaction – and actions in the wrong direction. What I see among activists in our movement is not frustration so much as a fierce anger and renewed willingness to be part once again of a public struggle.

The Democrats are like cheating lovers who bring flowers and promises at election time and then leave us waiting and wanting. It's time to end our unhealthy love affair with the Democrats. Our desperate dependence on a party that gets away with betraying us over and over is undignified. The Party takes our money and support, then takes us for granted. It makes promises it never intends to keep. It cheats on us with open hatemongers. It distracts us from the fight.

As your best friend has probably told you at some point in your life, you have to get clear of as this kind of relationship and move on. Get out of the denial stage of grief and move on to the anger. It's hard to break up with someone going through a rough time. It's hard to let go of the hope that things will just get better. But I think we should shut the door in the face of the Democratic Party and change the locks. Then we'll see if we can get some action instead of empty words.

Dana Cloud is a member of Queer Texas United (formerly Equality Across America-Austin) and the International Socialist Organization.