Belle + Sebastian Write About Love, The Gossip write about Men in Love 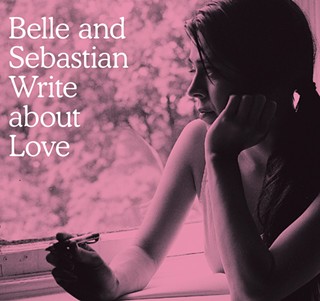 Just in time for the fall, Belle + Sebastian, my musical snuggie, return with their new album Write About Love. The twee as hell surely have a collective boner today.

B + S've done two pretty cool things to celebrate their new album. They want fans to write about love for the chance to have singer Stuart Murdoch to write a song with one of them as the subject.They also just released a cute little short film featuring live performances and interviews as an introduction to their new material.

The Gossip couldn't have picked a better time to release their new video, the ultimate manthem, "Men in Love." All I gotta ask is where can I catch this bus? You would never hear from me again.

Antony + the Johnsons release their third LP, Swanlights today. Antony hit Letterman last week for a great rendition, of the jazzy, upbeat first single "Thank You for Your Love."

Stereolab just released a new track, "Sun Demon" for free download, but this does not mean they've ended their hiatus. The track is the off their upcoming album Not Music, out November 13. which was recorded at the same sessions as their last album, Chemical Chords. If you need your Stereolab fix, singer Laetitia Sadier's first solo album, The Trip was released last week and it's epically beautiful and not radically different from her main project.

Deerhoof blessed us with more of their sugary crack rock over the weekend with their fizzy first single "The Merry Baracks", off the forthcoming Deerhoof Vs. Evil, which does not come out until next year. Download it for free in exchange for your e-mail.

Finally, check out the creepy video for "Lucky 1," the new single from Avey Tare. The song is pretty, trippy, and slighty annoying, everything you'd come to expect from a member of Animal Collective.

That's what's been tickling my fancy this week. Until next week, this is Fauxrrissey keeping a queer ear to the underground.