Another young life lost and the ongoing anti-bullying movement 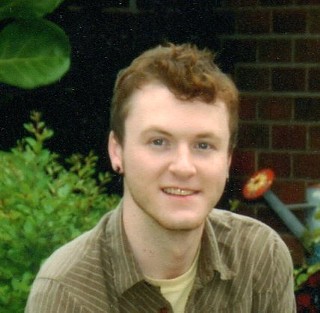 I hate to report this, but another young man has taken his life. Zach Harrington from Norman, OK has committed suicide after enduring an awful amount of hate speech at a town meeting. Watching the video is truly painful. This guy had some balls, and he should still be here to fight with us.

The world continues to mourn the loss of these young people and has been inspired to spark change. The week had several happenings throughout the country in honor of the lives lost.

The Human Rights Campaign is sponsoring Coming Out For Equality Day today on Facebook.

A totally timely documentary, Bullied, narrated by the fabulous Jane Lynch was made available to schools Tuesday. It tells the nasty, heartbreaking story of one person experience with bullying and the legal struggle and eventual victory that followed.

New Jersey Senator Frank Lautenberg called for a law requiring colleges to have comprehensive anti-bullying policies at a town meeting at Rutgers University, where Tyler Clemente attended before jumping to his death. Students at Rutgers are also calling for the explusion of the two students who taped Clementi being intimate with another man. They should obviously be expelled. Let's hope they are.

Celebrities hit Larry King as well as Anderson Cooper 360 to talk about their personal experiences and plead for new attitude towards bullying.

Seems as good a time as any to get more words out about The Trevor Project. Click it and pass it on.

A lot of heavy shit has been going on lately. If you need a smile, check out James Franco in drag! Hubba hubba.

'Til next time, this is Rob keeping a queer ear to the sky.