He's cable's hunky silver-haired fox, but that's not why we love him. 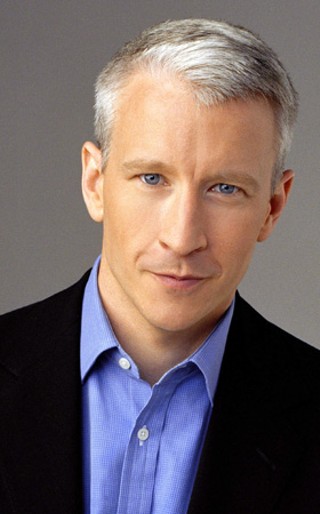 He's hot, he's hunky, and he's Gloria Vanderbilt's kid. But that's not why we adore CNN anchor Anderson Cooper. We love him because he PONY PONI POWND that creepy Andrew Shirvell.

How can you not love a guy who dove first into Katrina coverage, anchors the New Year's ball drop with Kathy Griffin, had boots on the ground in Haiti, and returned to the Gulf Coast to broadcast live from the BP oil spill?

Despite our mixed bag of feelings about whether or not he's gay or should come out, there are weeks, and this week was one of them, where it feels like Mr. Sassy Pants Andy truly has our LGBTQIA backs, and in turn, the interests of a fair and just society at heart.

This week, his show, AC360 featured extensive coverage of the shenanigans of wackadoo Michigan Assistant AG Andrew Shirvell – or as LGBT blog Focus on the Rainbow refers to him, Andrew Snivell – and his relentless and freakishly immature online harassment of a gay college student.

Cooper lets Shirvell have it.

On tonight's show, Cooper featured a poignant interview with the parents of Asher Brown, the young Houston-area teen who succumbed to suicide after being bullied over and over and over again at his school.

For so many reasons Cooper is crushworthy, but his voice cracking at the end of this interview takes it to another level.

Anderson Cooper: This week's Gay Place Crush of the Week.