Rules to Watch Out For

Changes to passports have a broader subtext for transgendered

Alison Bechdel's Dykes to Watch Out For presents an argument toward the end of the series' run: This generation's civil rights issue has and will continue to be the struggle for gay and lesbian equality.

The next generation's will be the civil rights struggle of the transgendered.

I am very happy that it appears our generation is moving ahead of itself.

Last week, the U.S. State Department – in recognition of GLBTQIA Pride Month – released a statement about a change to passport rules affecting our transgendered community. Specifically, completed sex reassignment surgery is no longer a prerequisite for a citizen to claim their stated sex identity. Presenting evidence of completion of the necessary clinical treatment will allow for the printed sex change to occur.

Why all the fuss? The significance is profound.

First, this is the document that American citizens use to introduce themselves to other countries. Think what happens every time a transphobic country is forced to accept that identification.

Second, it's a declaration on behalf of the government that they view sex as socially constructed, and not defined by anatomy. Clinical treatments – ie, therapy with a trained professional – validate sex reassignment in the eyes of the State Department. If they accept this central truth, it's the ideological lynch pin that other rights hold onto.

Sure, it's probably also a lot less work on behalf of the transgendered friend who wants to get a passport, and fewer problems with bureaucracy is always a good thing. But there's a reason the State Department chose to release such a potentially significant statement during our Pride Month.

It's recognition that the struggle for Transgender Rights has just as much immediacy as the rest of the letters in GLBTQIA. 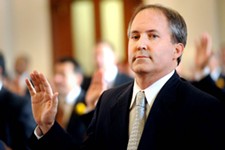 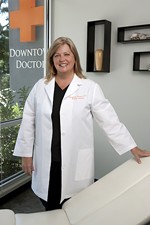