The Cost of Pride

How much does a non-profit pay to attend? 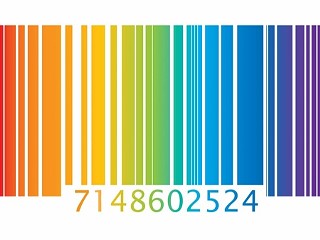 With all this ballyhoo about Pride and QueerBomb, a central tension has arisen from the preoccupation with something called The Gay Dollar. The Gay Dollar is, for anyone wishing to know, the shorthand for market analysis on those LGBTQI persons with disposable incomes. But I'm worried about a different "Gay Dollar" …

This dollar is not as sexy as travel, alcohol, or luxury goods. I'm concerned about the Gay Non-Profit Dollar. Namely, the dollars that LGBTQI nonprofits don't really have. LGBTQI non-profits are the cornerstone of our community. The services they provide are above market evaluations. How do you price a non-profit that connects rural queers to peers, prevents LGBTQI suicide, or creates a community space for people of color who are so often written off or used as token organizations? You don't.

But to ignore the financial plight of 501(c)3's is to willfully stick your head in the sand and shoot yourself in the foot simultaneously. Nothing like a little mixed metaphor, eh? So in the spirit of trying to examine the AGLCC's Pride celebration from all angles let's play a little game of pretend.

Let's pretend we're a non-profit who wants to participate in the big events of Pride: the festival and the parade. We won't be counting Mario Cantone (which prices non-profits and spendthrift queers out)*, the Pride Run, or trying to finagle VIP passes.

We're a non-profit that, just for hypothetical reasons, works on queer teen suicide prevention. We're not that big. We run a help line, which eats up most of our budget (training, training, and more training!). What isn't eaten up by our helpline is put into development and implementation of programming. We perform outreach to specific communities – at risk youth, upper middle class high schools, communities of color. We provide valuable services for queers and allies alike, and education is our most important mission.

Like other LGBTQI non-profits we want to put our services out there and represent at Pride – we think our message is important, and we think we could maybe find some potential volunteers and donors (the lifeblood of our organization) to join the ranks. But being clever queers we realize the need to reserve some money to participate. But how much? Ah, there's the rub, as the price may in fact surprise even the most optimistic of LGBTQI-ers.

First, we need to buy admission passes for all of our volunteers who want to man our booth at the festival/expo. Pride has been generous (eyeroll) to give one free admission ticket to each organization. This week AGLCC magnanimously increased that number to two (and the announcement was made with teeth gritted, and at announcement's end no one in a ballroom of hundreds of orgs and volunteers let out so much as a peep of a cheer in gratitude – too little too late, my friends).

So let's assume that we're an organization on our game, and we bought enough tickets for our six person (mostly volunteer) crew to man the booth before we were deigned another free admission ticket. Eight hours in the sun, 100 degree weather – two people couldn't cover that if they were born and raised here! Tickets are $10 apiece and that puts our initial costs at $50.

We've been told that those $10 tickets get us a lot, and they certainly do – but there are more fees and costs hidden behind the first $50.

How should we get to the Pride festival? With all the road closures and whatnots our parking is limited. And the city – ready to pounce on an opportunity for more Gay Dollars – puts parking at $10 a car. Assuming our volunteers are from different parts of Austin we encourage carpooling but ain't nothing to say that's going to happen. So let's tack on an additional $30-$60 for parking.

We've parked, we've unloaded, we're set— almost. We had planned to have electric at our booth (if for nothing else a box fan to keep us cool in the hot weather) and we need an extension cord. But how long? 10-20-30-50 feet? No one knows, no real answers were provided at the latest AGLCC meeting except we now know that we need to bring our own cord. Let's follow the Boy Scout rule (homo-hating survivalists that they are) and —be prepared— to get a 50ft. extension cord. A cheap unreliable brand is $15, a known working brand is $30. Let's go in the middle and sacrifice some cost but not all quality at $20.

Our volunteers need food and water – because god knows the stuff they're selling at the Long Center will NOT be cheap. We've dedicated a run to some evil big-box department store and $20 to get water and snacks for our crew. Eats on the cheap! But beware, we can't give it away, not even to a thirsty friend, as then we'd be in violation of the vendor contracts with the Long Center.**

Festival is over and now it's time to march in the parade, we've already paid our $125 entry fee - not waived for non-profits - and whatever we chose to spend on decorations was our decision, so let's leave that cost initially out (but for those who are interested— $100 for tosses and decorations is incredibly conservative). Let's be conservative again and say we're only submitting one float/car. A big one with a papier-mache telephone surrounded by a halo of band-aids! It's glorious! It's phenomenal! And because of the Fire Marshall it's also a FIRE HAZARD! Ruh-Roh! Each decorated car/float must have a fire extinguisher to comply with fire regulations. Those run about $45 dollars each.

So let's tally up the costs shall we? We'll do a low end and high end estimate. Low end is bare-bones (carpooling, limited parade entries, limited admissions) and high end is all out (late application, multiple cars/floats, decorations included, enough admissions to keep our booth running). Here they are: the Gay Dollars!

Four hundred dollars is a chunk of rent, it's the phone bill to keep our lines open. In an economy when many non-profits are struggling, where's the help from "our community"? Certainly not from AGLCC or the Pride Foundation. For these folks, it seems, it's all about the "gay dollar" and where that dollar goes.

What's a non-profit to do? Eat the cost. Grin and bear it. Pretend that we aren't watching our potential rent go down the tube.

Or – just not participate. And let there be a silence, and risk seeming like a community non-complier.***

Although many in our community may have the means to believe that $415-735 is a drop in the bucket, those of us on the ground know it's not.

When greed and intolerance take hold it's our own fault, and our own job to call it out. After, of course, we clear that little chunk of vomit from the back of our throats. Oh. And I never want to hear the phrase "The Gay Dollar" again. Ever.

* Perhaps knowing this is the case, the AGLCC has insisted all booths stay up until 6pm, which is the start of the Mario Cantone event. An event they "stongly encourage" everyone to buy tickets for. Except for the vendors, who won't be able to make it. Whoops.

**BTW, The Austin Chronicle won't be giving away our signature TWINKies this year at Pride due to concession vendor stipulation. Sad but true. There's travesty, and then there's TRAVESTY!

*** Considering that some folks have been blacklisted from the AGLCC for even less serious crimes, makes this a very real and scary possibility.

**** The ONLY organization I'm aware of throwing an ALL ages party (one our hypothetical at risk youth can attend) is Queer Sol Collective's Low and Slow party Sat. night at Primo's. Way to include the youngest queers among us! At least someone gives a shit.