Perry's grand gesture to protect our Texas girls from cervical cancer, surprise surprise, turned out to be a little more complicated in light of his close relationship with Merck, the manufacturer of the vaccine. And it turned out to be a hard sell to Perry's base, whose heads tend to explode when they're asked to contemplate the sex lives of children. Liberals, mothers, doctors – the very people you might expect would be natural allies in a campaign to prevent cancer in children – freaked out, and the whole thing eventually went away.

Not least among the tricky aspects of this issue is the fact that kids have to be vaccinated before they're sexually active. People were touchy about this even when it was just regular heterosexual girls we were talking about. But does Perry care enough about Texas kids to recommend the HPV vaccine for boys who might just grow up and acquire a taste for butt-fucking? 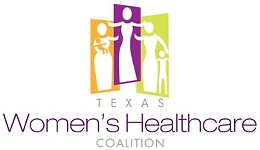