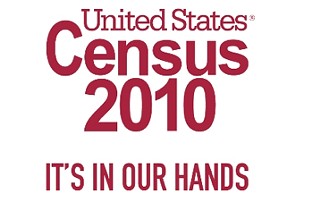 Apparently, tonight's is the first LGBT Town Hall ever, and our participation in this will determine the efforts expended by the U.S. Census folks on our behalf. Here's the deets from Equality Texas:
Austin Town Hall
Tonight! Tue., Feb. 9, 7pm
Mexican-American Cultural Center Auditorium
600 River Street, Austin, TX 78701

From the press release:

Your participation in the 2010 Census is critically important!

That's why Equality Texas and the U.S. Census are hosting the first LGBT Town Hall in the country!

Come learn about important changes made by the U.S. Census Bureau that will affect how lesbian, gay, bisexual and transgender people are counted.

While the Census does not ask anyone for their sexual orientation, it is important to note that knowing which "boxes" to check on the Census form will directly affect the counting of LGBT households.

The Austin Town Hall is critical to further LGBT Outreach in Texas for the 2010 Census. Attendance in Austin will determine the level of LGBT Outreach by the U.S. Census in other areas of the state, including North Texas, Houston/Galveston, San Antonio, El Paso and the Rio Grande Valley.

Please join us for the Austin Town Hall and demonstrate that LGBT Texans want to be counted!

Presented by Equality Texas, official partner of the 2010 Census.