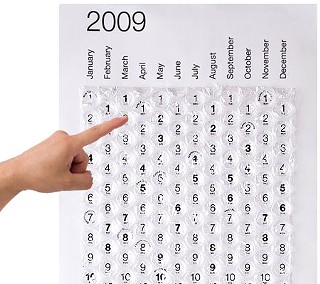 I don't know about you, but this time of year gets me all nostalgic. Thinking about the good and the bad, the lovers and the lusted after, gets me all teary. Here are the things that got me heated, happy, sappy, and feeling crappy in 2009:

1) Uganda defies every human rights law ever in exsistance, wants to kill gay people, and this initiative has American Christian fundamentalist connections. Uganda attempts to make "aggravated homosexuality" a criminal offense punishable by life in prison. If you are HIV positive, having sex with someone under 18, disabled, or a habitual offender, then you could be put to death. To add to the horrible, the man who introduced this bill, young parliamentarian David Bahati, is allegedly a member of the Family who counts among it's ranks many U.S. congressional members.

2) Gay Marriage Oks and No Ways

No Ways
California still, and everywhere else! Come on America! When are we going to really all be created equal?

3) Obama still does nothing to forward the equality of all Americans An employee non-discrimination act? No Over turing don't ask, don't tell? Uh-no Not fulfilling any of your campaign promises? Price Less

4) Houston is the largest city to elect openly gay mayor
Annise Parker will soon be the mayor of Houston after many years of being the city comptroller. Hats off to you Ms. Parker, til term limits may you reign!

5) Cherry Jones and Sarah Paulson break my heart and break up. It all seemed odd when Cherry didn't thank Sarah when she won an Emmy this year for her role in the television series 24. Soon enough it was confirmed, the two were no more, and don't it make my brown eyes blue. (Sarah, call me!)

6) Three Rivers What have you done to Katherine Moennig?
All I can say is thank the heavens that hair is a wig.

7) Adam Lambert freaks out 98% of all straight folks, about 75% of all gay ones, about 5% of all the queers.
From face humping, to pole writhing, to boy kissing, oh Glambert! You had it all in your American Music Awards performance of "For Your Entertainment" that got you temporarily banned from performing on network TV.

8) Family Ties mom comes out!
Meredith Baxter pops her head out of the closet and tells the world she has been dating women for the past seven years. Personally, I am hoping for a Meredith Baxter/ Kelly McGillis flashback affair!

9) The End of the L-word
I am too sad to speak, not because the L-word ended per se, but that Sarah Shahi's ass didn't make a cameo in the finale. 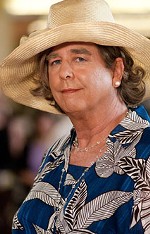 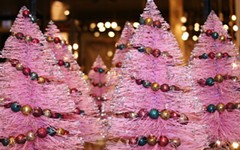