Mainely, Yesterday Sucked... But Not Totally

Maine lost gay marriage for the time being. But there was progress. Honest. 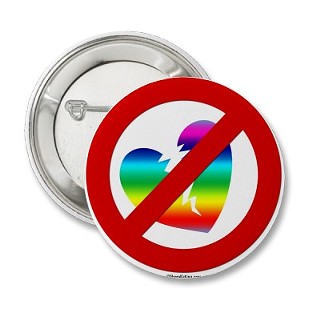 I don't normally advocate dance music, especially as an emotional curative, but after last night's Maine debacle, I have Laura Fabian's "I Will Love Again" on loop.

Despite this major loss, there were at least three things to revel about following yesterday's elections. Click and scroll to see:

Okay, somebody take this box of Kleenex and tub of Hubby Hubby away from me. Enough with the histrionics. Let's review what happened last night.

But it's the cheering and surreal statements like that of Marc Mutty (public affairs director for the Roman Catholic Diocese of Portland), "We all know we were the little guy going up against the big guy, but we prevailed," that make me want to fly to Maine and punch a Chickadee. I'd get the cheering and victory laps if, you know, you hadn't won in every previous referendum.

The social media sphere is ripe with angry LGBT reactionaries reminding people that it wasn't public vote that abolished slavery and Jim Crow. Perhaps, but there seems to be reluctance on the national level to tackle this particular queer issue. Perhaps the promised overturning of DoMA is a more realistic goal, but we'll see how soon the health care embattled Congress gets to that particular piece of legislation.