Obama turns around and walks away from the gays.

After the picking Rick Warren to do the inaugural prayer thing, I was upset. When the gays were not at all part of Obama's first 100 days, I was suspicious. Now with the Obama administration filing a brief in California court defending the ridiculously named Defense of Marriage Act, I am convinced that we have been played. Obama not only doesn't care that GLBT Americans are second class citizens in this country, he is actively trying to keep it that way. Believe whatever you would like, but most of us learned in kindergarten lying is wrong and lying just to get something you want is even worse.

Personally, I have never really got it. I wanted Hillary to win from day one. Who knows how or if it would have been different today if she did. What i do know is that in the time Hillary Clinton has been Secretary of State she has taken the gay rights movement at least several steps forward. While all Obama seems to do is send out his spokesperson to blather that he "remains fully committed to the LGBT" blah blah, and then send us two steps back. 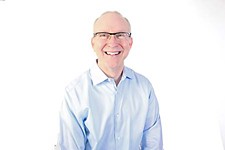