So You Think You Can Hate? 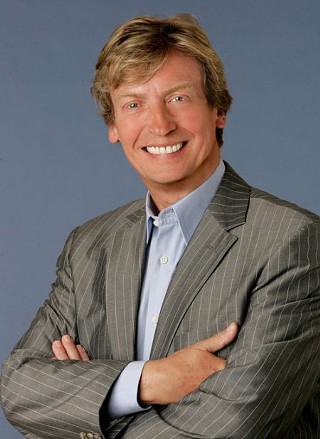 I hate having to admit that I watched it, but I did. I watched So You Think You Can Dance last week, and I totally cried when the two men, Misha Belfer (gay) and Mitchel Kibel (straight) came out and danced their asses off, trying so hard. It was awesome, script-flipping, and heart-warming. And then Nigel and Bucktooth Betty both showed their homophobia so blatantly, so much that the two male dancers knew, got spooked and fell. Poor babies.

Why Nigel is famous, I have no idea. He's awful. But I have never felt so alienated by a show. Ironic, considering he thought male-on-male samba would be what alienated … Here I was, checking out the mohawked third judge, thinking, wow, progressive. And then the two other judges, ugh, their mouths turned up, their eyes turned to slits, and their fear … it was palpable.

Nigel said, "I just want guys to be guys and girls to be girls on stage." Jesus.

I hate homophobia. But what's more, I hate it being on mainstream television. I say, "Brava!" to those two men. You have guts. Balls. Cojones. And I applaud you for bringing something different to the show. Thank you.

Too bad the producers are too FOX-y to know a good thing when it's shaking its sweet faggy ass in front of you.


But, in searching more interdubs, here are excerpts from an interview with the gay half of the duo. Apparently it was a lot worse in real life:

"It was more offensive than what they showed. Nigel said that he's not sure that the fathers watching this at home would be encouraged to take their sons to allow them to learn to dance. Nigel told me that they [the show] has spent all these seasons trying to build up the idea that a male can dance and make it more acceptable, and we didn't really help the cause.

I told him that I have a father, too, and I went through that. I told him that the country is already going through a lot of changes and could handle some more. Nigel didn't say anything to that.

The judges kept going on about a man and a woman and I kept correcting them that it was a leader and a follower.

Nigel asked me after the choreography round, how I liked dancing with a girl, and I said, 'I've been ballroom dancing since I was 12, so I've been dancing with girls my whole life.' It was very inappropriate and the only reason they advanced us wasn't to see if we could improve or be versatile, but was to make us dance with girls."

On how the producers treated them:

"The judges were mean, but the producers and the staff were super supportive. Cat Deely was great. Did a long interview with her that she didn't show.

One woman told us we had broken a glass ceiling."

What Misha told the judges:

"I told Sonya I didn't understand how one man reaching for another man is in any way feminine. It was super inappropriate. Dancing is an art form and is about the dancing and not about two men or two women. It's about expressing yourself through movement."

His thoughts about what happened:

I told them ballroom dancing is very popular in the gay community and is a sport. It's part of the World Outgames and Mitchel and I are going to compete in Copenhagen in July.

As a British citizen, Nigel totally put this country down by saying we're not ready for this.

Fox owes me an apology for how they treated me as a gay man. I've never been so proud and offended at the same time as I was that night. Mitchel said he's never been so offended either and didn't know how to react to that kind of bigotry. He'd never been oppressed like a minority. He felt very angry."

Sticks and Stones and Fair and Balanced?
Jenni Lee called back to apologize, but was not allowed to make any comment. At all, really.