Myra Breckinridge Is a Dish! 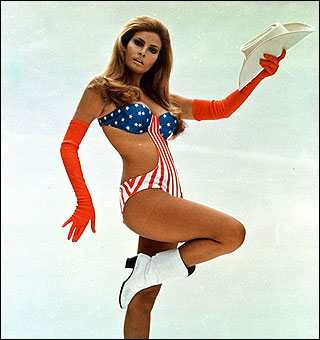 Myra Breckinridge is a dish, and don't you ever forget it m*therf*ckers, as the children say nowadays.

After you rally round city hall, mosey on to the Alamo Drafthouse to celebrate the one year anniversary of the monthly Hey Homo! film series. What better way to celebrate than to watch the film that critics have described as "one aimless, inept and leering aberration" (Empire Reviews), "Extravagantly tasteless" (TV Guide), and "about as funny as a child molester" (Time)

It just has to be seen to be believed. 8:25pm, TONIGHT! Alamo Ritz!

All the other Hey Homos were just practice for this one, baby.

Just a brief rundown of plot (as if the reviews didn't turn your crank):

Myra Breckinridge, a transsexual played alternately by Raquel Welch and Rex Reed (Yes, film critic Rex Reed), scams to take over an acting school run by her uncle, a retired Western actor played by John Huston (yes, film director John Huston) and to generally destroy all men. While enacting her coup, Myra seduces a young, bright-eyed and bushy-tailed couple, Rusty and Mary-Ann (who is played by a young Farrah Fawcett), anally raping Rusty and playfully seducing Mary-Ann. That's not even the end, though, which is very Wizard of Oz-y and not at all like Gore Vidal's novel.

None of the fine actors listed above receives top-billing. Mae West does. Miss West, returned from Silver Screen Valhalla after a decades long absence, traipsing her AARP-self around (as though she were still someone's chickadee, and goodness she had enough buff boys around her to live the delusion!) cleaves to her old schtick and merely suggests sex while butchering an Otis Redding song in the process. Needless to say it's hard to handle. She also contractually changed the name of her character from Letitia Van Allen to Leticia Van Allen because the TIT was too bawdy. Oh, Mae! So much good dish about that lady in this movie.

All kinds of wrong. 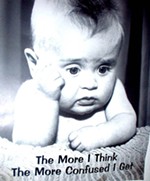 How Not to Impregnate Your Wife...
Crazy lesbian in Massachusetts tries to forcibly impregnate Wife.

This Valentine Is Not Over
Scarleteen doubles your Valentines' dollar!