Bullying has become a public health concern. Schools are supposed to be a respite from violence, not its breeding ground. Queer kids know all too well the sting of social dominance, and all too often faculty and staff turn a blind eye, whether due to a lack of skills and awareness, or because of simple bigotry. And with the dawn of personal networking sites, texting, cell phones, instant messaging, and the like, a bully's reach can extend far beyond knuckle sandwiches; victims' lives can be made a 24/7 hell.

House Bill 1323 by Rep. Mark Strama, D-Austin, aims to provide relief and give schools the support they need to protect their students' bodies (etc.).

Ever vigilant Equality Texas breaks it down for us and encourages us to engage:

Expanding the definition of bullying to bullying by electronic means such as computers, cell phones, text messaging, and instant messaging.

Expanding the current definition of bullying to include incidents that occur off school property if the communication is likely to cause a disruption to the educational environment of a campus.

Expanding the mandatory sexual harassment policy that school districts are required to have to include bullying.

Requiring notification of the parents or guardians of both the victim and the student who is bullying or sexually harassing another student.

Also, check ET's blog for details and cases that illustrate the need for this bill.

A similar Bill was introduced in 2007, but died on the House floor due to lack of action, so it is imperative that those who value equality speak out now.

To take action, join the Stop the Madness campaign, and send a letter to your state representative. ET has made it a simple click. Please do click away. 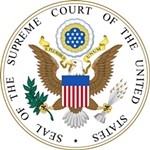 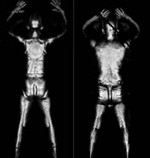