Gay bishop Gene Robinson's invocation added to the HBO special after gaffe excluding it in the original broadcast. 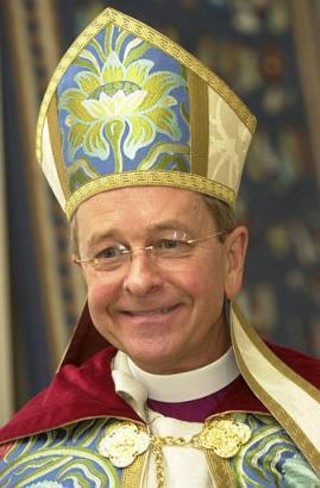 I have been mad. Not just kind of mad, but screaming at the inaugural address on the TV mad. Why, might you ask, am I so angry at this great time of hope and change? Well, a lot of it has to do with Obama's Presidential Inaugural Committee (PIC) allegedly telling HBO to cut the invocation that openly gay Episcopal bishop Rev. Gene Robinson delivered at last Sunday's pre-inaugural concert.

This invocation was supposed to be a good faith gesture to the gay community after Obama stupidly chose Rick Warren to deliver the invocation at the actual inauguration.

The same Rick Warren who fought to pass Prop 8 , still has articles and audio clips waxing on about how gays are going to hell on his church's site, and refuses to except gay members (who he likes to call "unrepentant homosexuals") into his congregation.

There's a lot of back and forth finger-pointing between HBO ond Obama's PIC. Was the exclusion intentional? Was it a mistake? Either way, it has cocked a lot of eyebrows, and a lot of teh ghey are still skeptical and feel screwed over. Even at the live event, most people in attendance couldn't even hear Robinson's prayer due to audio problems.

Through this all, Rev. G.Rob's public statements on the matter have been gracious, humble, slow to anger, quick to understanding, and sometimes even freaking hysterical (click the Rev.G-Rob link and scroll down to see his Daily Show appearance).

Forget president, when I grown up I wanna be the honorable Reverend Gene Robinson.

The Boys (and Girls) in the Band
Gay band nerds have reason to celebrate the inauguration.