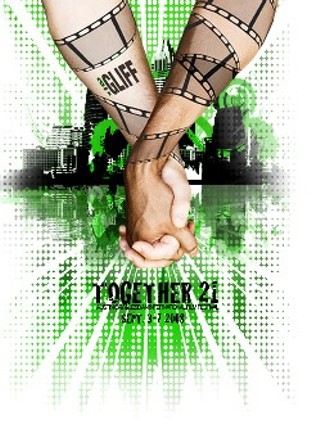 The Austin Gay and Lesbian International Film Festival is finally here again! This year, the festival turns 21 (which means they are full-grown and can drink legally), and the programmers and director have put together an incredible program of films (96 films! 18 countries! Oscar-nominated and Cannes Award-winning films!) representing the diversity of LGBTQI filmmaking today. Folks, this is ridiculous, and whether you are LGBTQI or something else altogether these films promise to be amazing. All screenings are at the Alamo Ritz and begin on Wednesday.

Below the jump: my dream schedule.

10:30pm Otto, or Up With Dead People The latest from trashy gay cinephile Bruce LaBruce. An inside source tells me it's really deep, too.

3pm Vivere Lesbians in Rotterdam: I already LOVE it!

5pm Eleven Minutes Being a Project Runway fan (my friends would say that's an understatement) there is no way in hell I'm missing this documentary about PR season-one winner Jay McCarroll. If I weren't seeing this, though, I'd be watching the Girl's Shorts program featuring the work of Austin's own/L.A.'s recent gain/lesbian-cinema-rock-star Jenn Garrison.

8pm Trinidad OK, I'm biased here – but were co-director PJ Raval not my boyfriend I would still swoon over this affecting and complicated portrait of a few of the women in Trinidad, Colorado (colloquially known as "The Sex-Change Capital of the World").

or 5:30pm Pansy Division: Life in a Gay Rock Band I've loved Pansy Division since I was 12 years old when I heard their cover of Liz Phair's Flower.

8pm Like a Virgin This is the film I am dying to see (after Trinidad, of course). A Madonna-loving Korean boy from an unstable household wants a sex-change operation and so he enters a wrestling contest so that he can get the funds needed for the surgery. It promises to be a non-traditional gay coming of age film and an "affecting sports film" at the same time. Can't… wait!

3pm Muzuzangabo A portrait of a former ACT UP-per doing HIV prevention education in the Congo. He is called Muzuzangabo by the people he interacts with, which in Swahili means "he who wakes others."

5:30pm Chris and Don: A Love Story As an Art History nerd I can't pass up the chance to see this doc on the relationship between Brit Lit bigwig Christopher Isherwood and American portrait painter Don Bachardy (30 years Isherwood's junior).

or 3pm XXY A narrative film about a 15-year-old intersex protagonist. Promises to be a moving film.

8pm Were the World Mine The closing night film: It sure looks like a lot of fun!

Watch for my posts after the screenings, I'll tell you all about the films I see!