The gayest portrayal of heterosexuality. EVER? 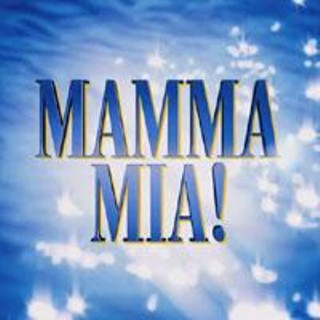 It's so gay, with it's breaking out into song and heroes swinging in on ropes and all around prancing about that it actually makes heterosexuality look almost tolerable. Almost desirable. Dare we say, romantic?

the Alamo South hosts two potentially amazing ABBA and MM-related sing-alongs, and you'll just have to wade through this entire post to read about them and take a chance to win two tickets.

Back to the movie. How can you not love a film geared to straight audiences (especially fag hags and divorcées in their 40s and perhaps their 9-year-old daughters) as flamboyantly ridiculous and strangely compelling to the gay as this? Mamma Mia!, despite howls of many a critic, is worth more than the air conditioning you get to sit in to watch it. Here are my personal reasons for seeing it three times (so far) and planning to see it again next Tuesday:

10. The Alamo is hosting the Mamma Mia! Sing Along, the absolute best way to survive this farcical romp.

9. It is a farcical romp. OK, the director has an iffy grasp of shooting and editing for comedy. Although an argument could be made that the back and forth scene between Meryl Streep and Pierce Brosnan where his character's head is cut out of the frame for the entire exchange, is pretty funny. Despite all this, the principals winkingly carry the hijinx with faces as rubbery and eyebrows as wiggly as any high school musical.

8. It is set on the Mediterranean. Again, despite the director's strange shot and lighting choices, the deep blue (sometimes golden green, sometimes black, sometimes all in the same scene) comes through as a character all her own.

7. Pierce Brosnan actually can sing. Fuck the critics. You just have to really, really, really like karaoke. Or Gordon Lightfoot. Or Roger Whittaker. Or Richard Harris.

6. Trios and Greek Choruses. Sure, they're cheesy devices and used quite inconsistently throughout, but how classical. Donna, Tanya, & Rosie! Sophie, Lisa, & Ali! Sam, Harry, & Bill! (And if you stretch, Sky, Pepper, & Eddie.) And how cute is that all-ages chorus of employees and villagers? As cute as your Uncle Stefanos with souvlaki stains all over his Foustanela. Even Björn and Benny make choral cameos.

5. Meryl Streep can jump around like a teenage girl on my bed any day. Anyone making fun of this runs the risk of suffering a very very sad and tragic perimenopause.

4. Style watch: Just in time for the end of the decade, the 70s make yet another comeback. Incorporating Mediterranean patterns will allow shabby chic at least another season of decor dominance, and men, dig out your leisure suits.

3. Christine Baranski. So underrated. So missed since Cybill. So nice to see you again.

2. Amanda Seyfried. Oh, Lilly Kane. You died, went to heaven, and came back with the pipes of a Euro-trashy angel.

1. ABBA. I'm gay. Do I really have to explain this? Think Priscilla Queen of the Desert. Think Muriel's Wedding. Touchstones. Icons. Gods. C'mon.

You wanna win some tickets? Well, then:

The first event is Monday, August 4, a fundraiser to benefit Softball Austin. The ABBA Sing-Along will feature performances and "videos" of the sweet li'l Swedes and an audience full of like-minded ninnies belting out "For liberty! Fernando!" Click here to get your ticket before they sell out. Or read to the end of this blog entry to win a chance at 2 tickets!

The next night, Tuesday, August 5, is the real deal. The freakin' Mamma Mia! Sing Along! The only thing to benefit will be your soul.

If you would like to win a set of tickets to Monday night's Abba Sing Along event to benefit Softball Austin, email Gay Place (gayplace@austinchronicle.com) with the four first names of the Abba gang. We will pick winners at random from the first 50 who email in by noon on Monday and announce your lucky lucky name that day, 1pm.