Another One Bites the Pillow Dust

A face only a toppy toppy top could luv.

Wow. This is getting old.

Seems like we just blogged about something that had a very similar whiff.

Back in '04, Samantha Hall, a reporter for University of Alabama's student newspaper, the Crimson White, amassed and published a treasure trove of King's political rants from his days on the Thin Red Line. For some more up-to-date insight, read this recent blog post about the AttGen's obsession with sex toys.

Doth the King of Troy protest too much? And does his blather lend insight into how much he may have enjoyed singing the "Rammer Jammer Cheer?"

Troy King… Troy King… It's late, and I'm too tired to find a good Ganymedes hook in there, but I'm sure there is one.

Don't Gleek on My Parade
For all its inclusiveness, 'Glee' falls short in the 'T' department 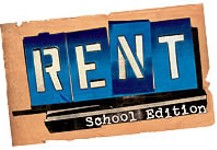