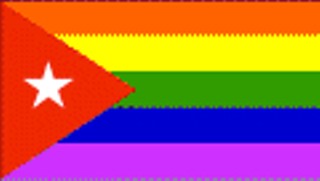 For a South Floridian who grew between Castro's Revolution and the prime of the Mariel Boatlift, the news of Cuba's first ever Gay Pride Parade is shocking to say the least. The mere mention of Castro or Cuba in the Sunshine State sparks debate, usually to the same degree of ferocity as bringing up, say, abortion in the Bible belt.

Gay Cubans became bitterly disillusioned under Castro's Draconian, homophobic regime. So many of them idealistically fought alongside fellow revolutionaries in the late 1950s to realize dreams of equal class, race, and gender only to be ostracized and put in work camps. (See the Reinaldo Arenas bio Before Night Falls for a glimpse.) Oppression of queers throughout the revolution's history is a betrayal that cuts deep.

So today's first ever Gay Pride Parade on the island nation is long overdue. Cuba's daughter of the revolution (literally, she is current Cuban President Raul Castro's daughter) Mariela Castro has been an outspoken champion of gay and lesbian rights in her home country, and today's parade is but a first step in healing crippling wounds.

The irony? Roman Catholics faced similar oppression under Castro. Are they celebrating this great leap forward? No. The church in Cuba condemns it.