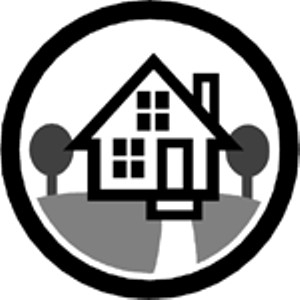 Of Austin Bondage
Those crabgrass reactionaries at the Austin Neighborhoods Council are hosting a review of the city's bond election tonight. Planning Commission chair Dave Sullivan will describe how $90 million for a new, central Las Manitas is money well spent, while Carl Tepper will argue it just isn't enough. (Disclaimer: None of the above arguments will actually happen. Consult your doctor if swelling or leakage occurs.) Also on hand will be the Bond Election Advisory Committee's Tom Terkel, and North Austin Civic Association president Linda Moore. NACA is especially wed to Prop 3's $8.9 million for a North Austin Community Center.

Bush Approval Stuck Below 40%
The conventional wisdom is that, although he's not up for re-election, voter disapproval of President Bush is killing the GOP's congressional candidates. If that's true, then Sunday's Washington Post poll on Bush's ratings didn't improve their mood: He dropped down to 37%, and hasn't been above 50% since January of 2005. This actually isn't his lowest mark – he sunk to 33% back in May. His disapproval rating is at 60%.

Early Voting, Day 2
After a strong start Monday, early voting in Travis County picked up even more on Tuesday – 5,753 voters, about 700 more than Monday. Throw in the mail-in ballots received, and that makes 13,488 total, or 2.43% of the county's registered voters. The current pace points to a possible 40%-45% turnout by the end of election night. So far, the most popular polling spot is the Randalls at 10900 Research, with 1,058 voters, followed by the University of Texas with 927. Click here for a full list of early voting sites. Keep voting, Travis!

Best Campaign Slogan Ever
Or at least for this election: "Vote Twice for Bob Smither"

No, the Friendswood Libertarian doesn't want you to break the law. It's just that Congressional District 22 in the south Houston area has a weird circumstance – the seat is on the ballot twice. Because disgraced former House Majority Leader Tom DeLay resigned the seat earlier this year, a special election is on the ballot to fill out the remainder of his unexpired term – the winner would serve from the date of election until the term ends in January. Dist. 22 is also on the general election ballot – the winner of that election will serve the normal two-year term of 2007-09. Smither is the only candidate on the ballot in both elections. (Democrat Nick Lampson, who is favored to win the general election because there is no Republican on the ballot, is not entered in the special election.)

Hell Freezes Over (or: Hutchison Admits Bush Got Iraq Wrong)
Need any further proof that the Iraq War is a failure? Just look at last Thursday's televised debate between the Texas candidates for U.S. Senate, and note that Sen. Kay Bailey Hutchison has joined the GOP rats who have jumped from the ship. Okay, maybe that's overstating it a bit, but the fact that Hutchison distanced herself at all from President Bush’s Iraq policy after almost six years as a staunch ally is telling.

Perry looks over his shoulder
Gov. Rick Perry must put more stock in public opinion polls than he'd like us to believe. Stumping in East Texas on Tuesday, Perry blasted the "liberal vision" of Democratic opponent Chris Bell, who moved within 10 points of the gov in a new SurveyUSA poll released early this week. Perry, at 36%, even gained a point over last month's poll, while Bell picked up three points at 26%. An assortment of earlier polls had shown greater distance between Perry and his three challengers. The new numbers show independent candidate Carole Keeton Strayhorn at 19% (four points higher than last month), while fellow indie Kinky Friedman bottomed out at 16%, a seven-point drop. With Bell moving up in the charts, Perry's "Proud of Texas" bus tour is going the extra mile on anti-Bell rhetoric. Perry's bus stops Tuesday took in Lufkin, Nacogdoches, Henderson, Marshall, Longview and Tyler.

Bobkats Terrorize Bouldin Creek
Sure, we could tell you to attend tonight's fundraiser for prop-pushers Yes on 2 and 3 for the beer and food, plus the chance to get your elbows greasy with the likes of Perry Lorenz and Bill Bunch. But for us old hands, the real draw is the music. The Bouldin Creek Bobkats feature none other than the Save Our Springs Alliance's own Colin Clark. With the recent Stones sojourn into Zilker Park, it's tempting to ascribe a Jagger/Richards dynamic to Bunch and Clark, but the age differential torpedoes that. No, if any meaningless pop-culture signifier can be draped around the duo, it's probably that new Kevin Costner/Ashton Kutcher vehicle, in all its cross-generational hotness. And the reviews are in!
Seriously, the soirée starts at 5:30, at the Zilker Clubhouse. A $20 donation gets you the rock.

Tracking the Polling Numbers
If you're as fascinated by polling and maps as I am, these are my two favorite sites for trying to predict how the battle for Congress is shaping up: For the Senate, I like Electoral-Vote.com, which posts the results of the most recent poll in each race and plugs in the new numbers daily into an easy-to-read U.S. map, and differentiates between states that are "strong," "weak," or "barely" for the leading candidate. On the House side, another great way to waste time at work is to study Majority Watch, a project of the Constituent Dynamics polling firm. They are polling 54 congressional districts that appear to be in play, and like Electoral-Vote.com, they keep a running tally of which party appears to be headed toward that 218-seat majority. Majority Watch has very nice pop-up graphics that give instant info on the seats they are tracking. Have fun surfing; try not to let your boss catch you.

Congressional District 21 Candidates Forum
Candidates for Congressional District 21 will answer questions from a panel of news reporters (including yours truly) on Wednesday, Oct. 25, 7-8:30pm, at the LCRA Board Room in the Hancock Building, 3700 Lake Austin Blvd. Because it is a special election open to anyone, necessitated by a Supreme court decision, Dist. 21 is a crowded field of seven candidates, five of whom will be at the forum: independents Tommy Calvert, James Lyle Peterson, and Mark J. Rossano, Democrat John Courage, and Libertarian James Arthur Strom. You'll notice a very important name missing from that list: the Dist. 21 incumbent, Republican Lamar Smith.