Scion of power learns the limits of 21st century politics 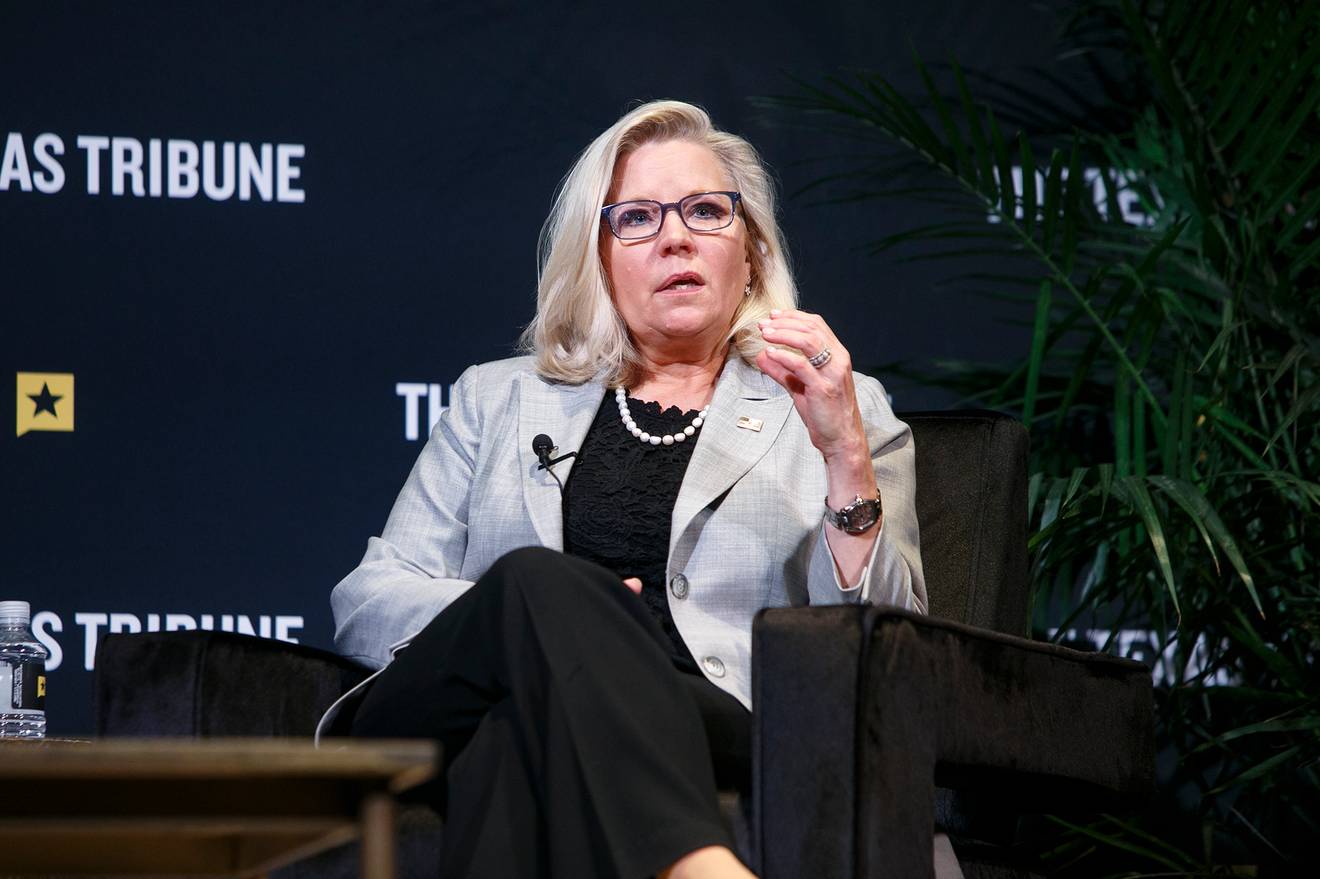 Liz Cheney has, or had, a political career because her father had one, but she didn’t get elected to office until she was nearly 50, and that was just six years ago.

Now that she’s been rejected by the new leaders of her Grand Old Party, and defeated in her home-state primary by a MAGAmuffin, she might go back to her prior three-decade career as a diplomat, international lawyer, and State Department official (she didn’t even live in Wyoming until 2012). No matter what Donald Trump and his minions and cultists think of her, she’s neither a failure nor a martyr, and their ability to hurt her going forward is really rather limited.

What has hurt her, at least as a politician, is not her low opinion or expectations of Apesh*t but her dashed expectations that her fellow GOP leaders would have a spine and stand for what she thinks her party has always been about. Conservative things! Like having faith in the system that allocates power within the American state, and accepting that its preservation is more important than any one person’s prerogatives within it.

The Cheneys - Liz, but also her father and her mother, the former chair of the National Endowment of the Humanities under Reagan - are masters of the dark arts precisely because they believe in the system as designed, one where two nobodies from southern Wyoming can climb all the way to the top, get one kid started off as a fit dynastic scion, and also protect the other one when her sexuality became other people’s business. They are eagles (that is to say, noble-looking but ravenous predators) and Trump is a lizard, even if, as Liz acknowledged in her Texas Tribune Festival closing keynote interview with Evan Smith on Saturday, Sept. 24, she’d voted for his legislative priorities 93% of the time. “But you can’t even begin to have those debates about tax policy and military spending,” she said, “if you let the republic unravel.”

Dick Cheney cut an ad in her Wyoming race that “was supposed to just be him saying, ‘I voted for my daughter Liz and I hope you will too.’ But then he decided he had a few other things he wanted to say. He’s a student of history” - for real; he dropped out of the PhD program at Wisconsin, which his wife Lynne completed - “and obviously he’s served at the highest levels of our government, facing some of the most significant challenges we’ve faced as a nation. And to hear him say [as he did in the ad] that there’s never been an individual who has posed a greater threat to the republic … people should realize what that means.”

The Jan. 6 select committee of which Cheney is vice chair has its next televised hearing (not its last, she told Smith, contradicting an earlier TribFest appearance by her colleague Rep. Jaime Raskin, D-Md.) on Sept. 28, which is likely to involve the contents of “significant document production from the U.S. Secret Service.” The now-notorious texts are gone, but there are other paper trails, she hinted, that (after she got Homeland Security Secretary Alejandro Mayorkas to personally demand them from his underlings) the Secret Service finally coughed up, only in response to a subpoena. That fact “is very troubling,” she conceded.

So far, as compelling as the Jan. 6 hearings have been, they still haven’t uncovered confirmation that Trump knew specifically about what the Oath Keepers and Proud Boys and other Nazi scum were planning to do at the Capitol, although she told Smith she was surprised at “how sophisticated the plan was and how involved he was personally and directly.” While the committee can make criminal referrals as well as propose legislation, it’s probably not going to be the sole mechanism through which Cheney can do “whatever it takes” to keep Trump away from the White House. That might include running for president herself, she allowed, without getting more specific; she didn’t sound particularly convinced a campaign of her own would get the job done, but “I need to do whatever I can do to make sure our politics rights itself.”

More immediately, we can expect Liz Cheney to bring the heat on behalf of whomever, including the Democrats, can take out the MAGA trash in the next election. “There are many people around this country who are making claims that they know not to be true,” she said, including her Wyoming opponent Harriet Hageman, “and I don’t think anybody should vote for any of them. … The independent voters and moderate Dems and Republicans around the country want sanity, and they want responsibility. They want to know that their elected officials are competent and serious people. They need to realize how much power people like [Reps.] Marjorie Taylor Greene and Lauren Boebert and Jim Jordan will have under a Republican majority, and that would not be good for the country.”

She has no more faith in the invertebrate GOP House leader Kevin McCarthy, R-Calif., who she noted will be second in the federal line of succession should he become speaker. “Somebody who’s going to be that close to the presidency needs to be somebody who’s faithful to our Constitution. …People need to consider what it means that the Republicans don’t want Jan. 6 investigated. There have been several moments when the GOP could have done the true and right and honorable thing” after the 2020 election chaos, “and it did not. We have to have leaders who understand that this isn’t a game.”