TribFest Recap: Can Texas Plan Properly for Droughts and Floods to Come?

Are we "thinking as preciously about water as we can"? 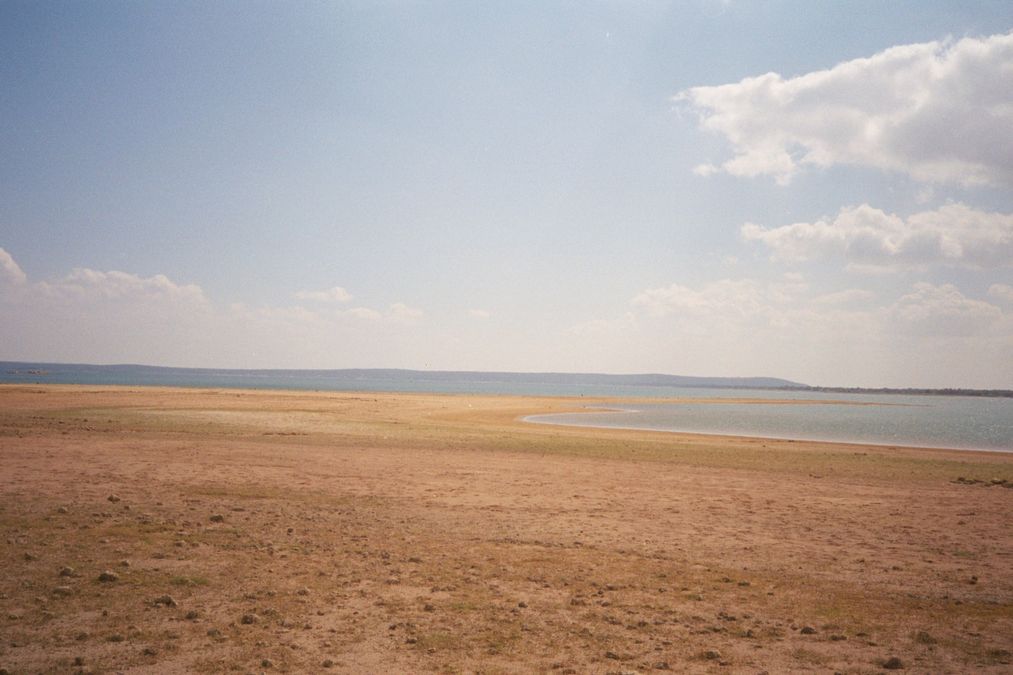 Lake Buchanan in 1999, at the end of a five-year drought cycle, as the water receded more than a half mile from the normal shoreline (Photo by Kenneth E. Harker, CC BY-SA 3.0, via Wikimedia Commons)

“Is this the new normal?” That was the first question from Kiah Collier, reporter for The Texas Tribune and ProPublica and moderator of the “Parched” panel on Texas’s water woes at the Texas Tribune Festival.

Collier could have been referring to one of the many “new normal”s circulating among our post-pandemic, post-Trump lives, but she meant the most existential: Texas’ and the world’s worsening climate crisis. The panelists – Robert Mace of the Meadows Center for Water and the Environment at Texas State University, Jeff Walker of the Texas Water Development Board, and Susanne Scott of The Nature Conservancy – mostly agreed that it was.

When Collier asked why TWDB’s new state water plan (which it publishes every five years) does not include the term “climate change,” and in fact says there’s no scientific consensus, Walker replied: “Do you agree? I mean, what's the consensus? Can you say definitively what's gonna happen in 20, 30 years?” Mace shot back with an affirmation that there is in fact consensus, to audience chuckles, but went on that “it's not really a scientific question [but] a policy question of how the world responds to climate change… it would be suicide for the Water Development Board to come out and decide unilaterally, ‘Hey, y'all are going to do climate change.’ In my opinion, it's really something that has to come from the [Texas] Legislature.”

Mace was referring to TWDB’s regional water planning group regulations, which only include a statute that requires them to plan for a “drought of record.” However, as Scott pointed out, “the drought of record is… using what happened in the past,” which doesn't really work for unprecedented times. Walker added that 90% of Texas was under a severe drought this summer, where 2011’s historic drought consumed 96%. “The difference is, there's 4 million more Texans now ” – all of whom need new housing that encroaches on Texas ecosystems and strains water supplies.

On top of that increased demand, Texas is one of only 14 states that doesn’t have a dedicated state land and water conservation fund, which Scott said will be essential to have, on top of existing earmarked funding streams such as the sporting-goods sales tax that benefits the Texas Parks and Wildlife Dept. Since 94% of Texas land is privately owned, much of the responsibility for water conservation lies with landowners and agricultural operations. Mace, who serves on the Austin Water Forward Task Force, noted that “in 100 years, they're looking at 50% less water available from the Highland Lakes” for all users, including the big farmers downstream from Austin.

Scott hammered on reducing demand by “trying to be more efficient with the water that we have. I mean, we're not creating any new water. It's all just moving it around.” The Nature Conservancy is focused on creating incentives and rewards for “using nature as infrastructure” with techniques like rain gardens and bioswales: “I think what's happened is nature is being looked at as an amenity, like ‘nature's really nice and it improves our quality of life.’ It does, but it's also part of the functioning of how our watersheds operate, how we can be much more efficient and sustainable. We have been strongly encouraging the use of nature-based solutions that get people to move from just strictly gray infrastructure to either all green or some hybrid green infrastructure.”

Near the end of the session, Collier asked Walker about the upcoming 88th legislative session, where TWDB will ask the legislature for “quite a few exceptional items,” including 5% raises for employees, additional staff, and a $15 million cash deposit to the Agricultural Water Conservation Fund. The last of these is needed to implement any new efficiency measures and new infrastructure for the industry that uses 60% of Texas’ water supply.

All speakers agreed that a regulatory and monetary investment in conservation is needed for Texas to avoid catastrophic impacts to its water resources in the face of both increasing drought and flooding. “And I just don't know if we are really thinking as preciously about water as we can,” said Scott. “Because remember, it's people and nature. We can't use all water just for people when you still have bays and estuaries, you've got rivers, you have ecosystems that are spring-driven. That, and all these people [who] are coming to Texas, they're not bringing [fresh water] with them. They're expecting us to be able to provide water for [the] 50 million [Texas residents] by 2070. Looking at this holistically, I'm just wondering if we're confident that we are pushing conservation to the extent that we can in our planning.”