Here's Where You Draw The Line: City, State Redistricting Hearings

Both ICRC and Texas House face the public Sept. 18 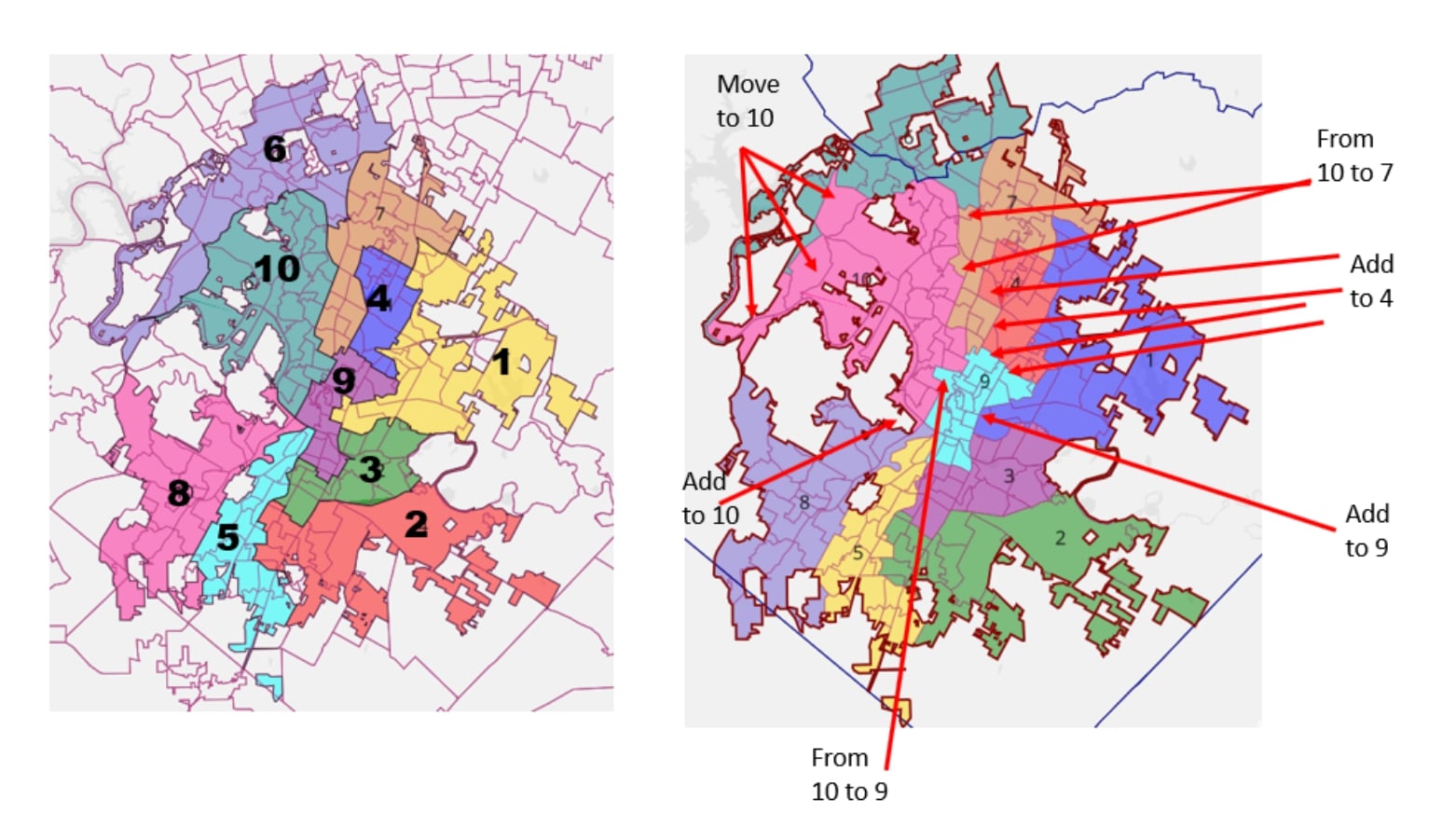 As new maps for Austin's 10 City Council districts become public this week, the Texas House Redistricting Committee is holding its final public hearings before the next special session of the 87th Texas Legislature kicks off Sept. 20.

The two processes couldn't be more different. The city's Independent Citizen Redistricting Commission is a group of more-or-less ordinary Austinites, vetted by outside reviewers and bound by oath to stay out of city politics for the next decade, operating under highly prescriptive rules that were enshrined in Austin's city charter in 2012, when voters approved the current 10-1 district system. The following year, the inaugural ICRC drew the lines that this decade's model agreed to use as the basis for its new map.

At its meeting last Wednesday,Sept. 8, it previewed the work done by its redistricting expert George Korbel on alternatives to equalize the 10 districts based on 2020 census data, with Northwest Austin's District 6 needing to shed the most inhabitants and Northeast Austin's District 4 needing to add the most. This Wednesday, Sept. 15, the group is set to adopt a preliminary map based upon that work. It then will hold four public hearings (as required by the charter) at locations throughout Austin before adopting its final map by Nov. 1 for use in next year's Council elections.

That deadline is more than six months prior to the beginning of candidate filing for those elections; the ICRC rules had to presume a potential May municipal election date, as voters were asked on that same 2012 ballot to shift Council races to even-numbered Novembers. The Legislature faces an equally ambitious timeline, but without the layers of accountability and public trust-building that the ICRC contains by design. Kind of the opposite of that.

"Administrative hurdles and a lack of transparency have choked participation in the redistricting process by the people who call Texas home," Genevieve Van Cleve, the Texas state director of the national Democrats' redistricting action effort All on the Line, told the Chronicle. "There has been no sustained information about these hearings released to the public. Unless you’re a lawyer, lobbyist, legislator, or advocate, I’m not sure how you would know when, where and how to participate in these redistricting hearings."

Van Cleve did note that Senate Redistricting Chair Joan Huffman, R-Houston, said there would be public hearings of that committee during the upcoming (third) special session, but that House Redistricting Chair Todd Hunter, R-Corpus Christi, has yet to do the same. Hunter's committee holds its last pre-session hearing Saturday, Sept. 18, with both in-person and virtual testimony (RSVP no later than 48 hours in advance). Or you can provide your written testimony to the House committee here, and to the Senate committee here.

The Chronicle will have more redistricting coverage in upcoming weeks, both in print and online.