Council Recap: A Balanced Budget, Without Much Drama

But many hours of deliberation over two days on the dais 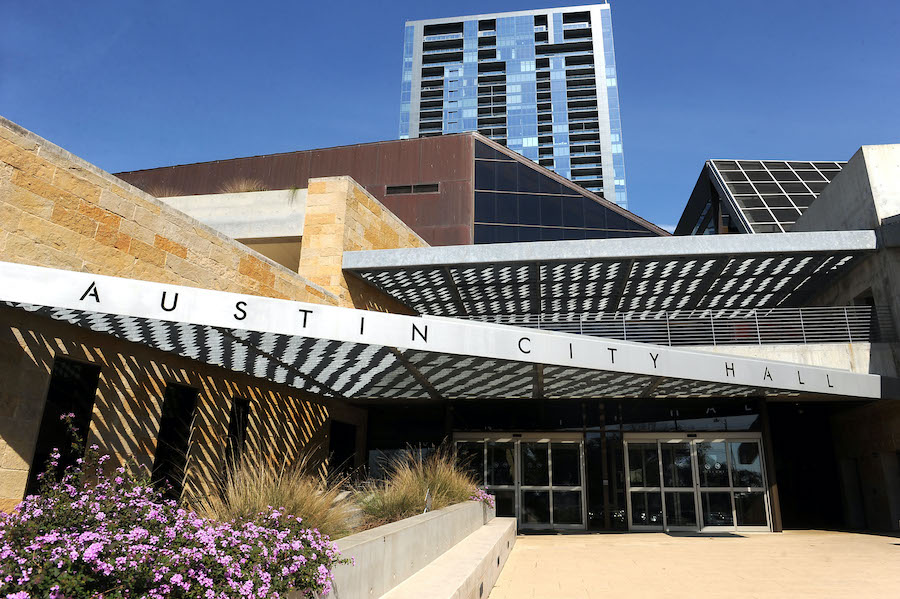 That’s the “all funds” total, which includes enterprise funds like the utilities and the airport that are primarily self-supporting. The General Fund budget that’s primarily supported by local sales and property taxes, and which pays for public safety, public health, and parks and libraries, totals $1.2 billion, about one-third of which goes to the Austin Police Department. “We unanimously passed a budget today that tackles the pandemic, increases our public safety programs, and invests in our parks and affordable childcare, all while giving the average homeowner a tax break,” Council Member Greg Casar wrote in a statement following the vote.

Compared with last year’s emotionally charged debates leading to $21 million in true budget reductions, and about $120 million more in budget transfers, for APD, the FY 22 budget adoption was much more mundane. House Bill 1900, the state law that targets cities that “defund the police”, forced the city to restore APD to its prior funding levels or face what city Chief Financial Officer Ed Van Eenoo described as “draconian” financial penalties.

Funding for two new cadet classes at the “reimagined” police academy, included in City Manager Spencer Cronk’s proposed budget, was approved without controversy. These could make progress toward filling about 200 vacant sworn officer positions included in APD’s budget. However, Council reiterated its direction that an audit of the rebooted academy’s performance with the current 144th Cadet Class, expected to graduate in January, be completed before another class begins.

In a 10-1 vote (CM Mackenzie Kelly against), Council also approved a property tax rate of 54.10 cents per $100 of taxable value, which is projected to bring in 4.7% more tax revenue than the city received in FY 2021. Under state law adopted in 2019, that percentage is normally capped at 3.5%, which is the revenue assumption Cronk and Van Eenoo used to prepare their FY 22 proposal. But during a declared disaster – which, between COVID-19 and Winter Storm Uri, has been true of most of Texas since the law was passed – cities can go up to 8% new revenue (the pre-2019 cap). Beyond that requires voter approval, as Austin secured in 2020 when it earmarked a separate tax increase for the Project Connect transit expansion.

What that means for Austin residents: If you own a home near the median value in Austin (just under $400,000), the approved rate will actually reduce your city property tax bill by $17.12 compared to last year – because earlier this year, Council voted to raise the city’s homestead exemption to the 20% maximum allowed under state law. When factoring in other rate and fee changes adopted by Council, the average homeowner will end up paying $28.12 more per year to the city for power, water, trash pickup, and other services.

The 4.7% increase added about $7 million in projected revenue to Cronk’s budget. That, along with $8.9 million expected from sales tax collections exceeding the budget estimate, gave Council nearly $16 million to divvy up and dole out through numerous budget amendments. One from Casar will direct $2 million toward a stipend for city employees, depending on the number of hours they work, in addition to their 2% cost of living raise. A total of $2.7 million is spent on anti-displacement measures, mostly through the city’s Housing Trust Fund that subsidizes affordable housing builders, but some will be reserved for emergency relocation assistance and the city’s tenant stabilization program. 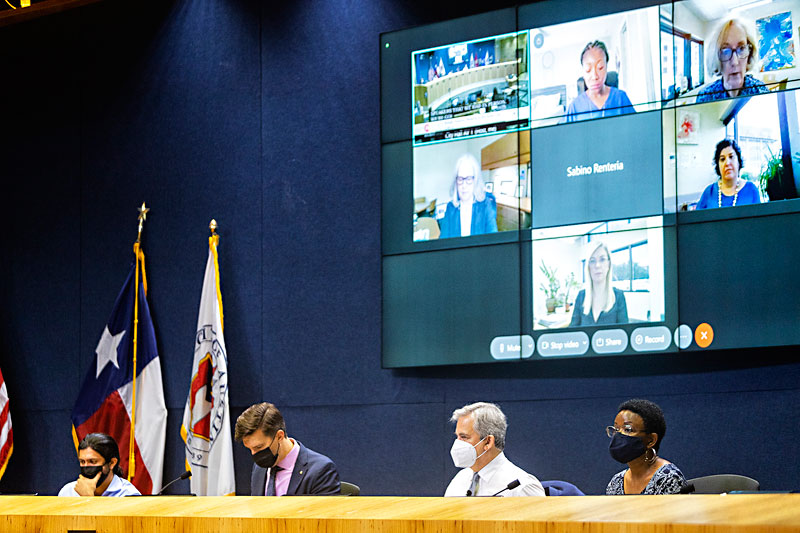 City Council convenes on Wed., Aug. 11, for its first day of deliberations on Austin’s proposed budget for fiscal year 2022 (Photo by Jana Birchum)

Mayor Steve Adler introduced a vaccine incentive amendment to pay city employees $100 if they could prove they got the shot, but that was substituted with a recommendation from AFSCME Local 1620, the union representing civil service employees, to provide “quarantine leave”. Those directly exposed to people infected by the novel coronavirus will get 40 hours of paid time off to isolate. Employees themselves infected with the virus will have two weeks of leave to recover safely at home. But! Only employees who can prove they are vaccinated will have access to quarantine leave.

Thanks to another amendment by the mayor, the small but committed team at the Homeless Strategy Office will be able to hire seven more people, including three communications professionals who’ll have the fun job of engaging with the neighbors of the properties the city may transform into bridge shelter or supportive housing. An amendment from CM Kathie Tovo would extend funding for six case managers at the Downtown Austin Community Court, currently paid through a grant under the CARES Act that expires next July; they’re working with hundreds of people whom the city is helping to exit homelessness.

Most of the additional spending Council approved has its own time limits, as City Hall is already sounding early alarms about future budget shortfalls. Van Eenoo’s staff projects the General Fund will go into deficit, mostly due to that 3.5% revenue cap when it finally kicks in, beginning in FY23 and widening in the out years. That means future Councils will either scale back current services or go to the voters to approve higher property tax rates. “We’re balanced this year,” Van Eenoo told Council Thursday. “We are projecting deficits, without funding the majority of council priorities or including additions of staff to keep pace with a growing city. Just trying to keep the lights on, I would anticipate tax rate elections in the future.”

Tovo and Mayor Pro Tem Natasha Harper-Madison closely scrutinized their colleagues’ budget amendments for precisely this reason. “It’s really important that we recognize the years ahead are going to be very lean ones,” Tovo said as Council deliberated Adler’s HSO amendment. “None of us want to be in a position next year … of having to approve a budget that lays people off.”

With the budget adopted, Council will take next week off before returning to normal business on Aug. 26.