Council Recap: Back At the Old Homestead (Exemption) 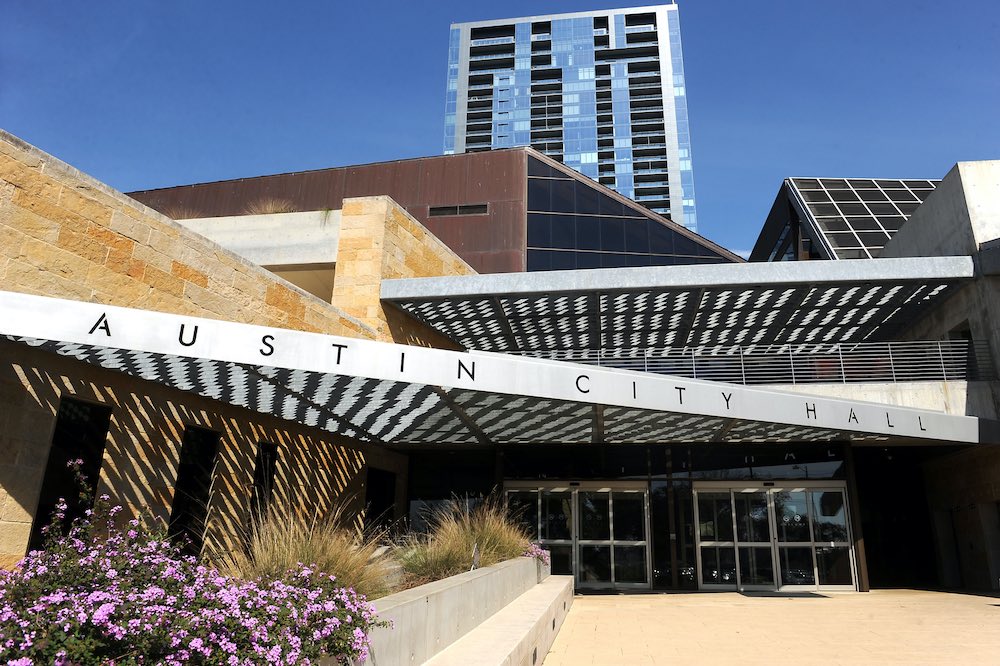 City Council on Thursday, June 3, took the first of two votes necessary to double its property tax homestead exemption to 20%.

The moves makes a tax break available to all homeowners, but one that disproportionately benefits higher-value properties and provides no direct benefit to the majority of Austin households who rent. Council also approved an increased exemption for homeowners living with a disability or those over the age of 65.

A final vote on June 10 is expected to pass, increase Austin's homestead exemption to the maximum allowed by state law. This fulfills a 2014 campaign promise from Mayor Steve Adler that had lost steam since then, in part, due to a tax code interpretation by the state comptroller's office, which limited cities’ ability to offset exemptions with revenue raised from other properties on their tax rolls. But Comptroller Glenn Hegar has revised that interpretation, clearing a path for Council to go to 20%.

Adler acknowledged that property taxes, like sales taxes, are regressive; they account for a larger share of homeowners’ cost of living at lower incomes, and exemptions are more valuable to wealthier taxpayers as a percentage of higher property values. But he says state law restricts cities’ ability to create flat-rate exemptions, and that the wealthy Austinites who will enjoy a larger tax break from a 20% exemption also bear a larger share of the city’s property tax burden.

Still, Adler said, the guiding principle for him has been how a higher exemption would impact city services. Because the tax cut can now be revenue-neutral to the city, Adler told the Chronicle, he thinks now is the right time to go to 20%. “Even if we weren’t giving any additional money to renters,” Adler said, referring to the city’s ongoing tenant relief efforts, it “would still be the right thing to do. The low-income person on the Eastside having trouble holding on to their home doesn’t care what the tax break is for the rich homeowner. They care about the relief they’re getting that will allow them to stay where they are.”

Council also voted for staff to take the steps required under state law to seek an 8% increase in the property tax revenue it raises in the fiscal 2022 budget, should Council so choose when it adopts the budget in August. Legislation in 2019 had lowered the “revenue cap” threshold from 8% to 3.5%, beyond which cities would need voter approval of their tax rate. But the law includes an exception for cities that experience disasters in the year prior, allowing them an 8% cap. Austin, and every other city in Texas, meets that criteria due to COVID-19 and Winter Storm Uri, but at this point Council is not committed to going above 3.5%.

Doubling the homestead exemption shifts the tax burden away from resident homeowners and toward other property owners. According to data provided by the city’s Budget Office, that shift will mostly be borne by apartment complexes and “residential non-homestead” properties – which staff says mostly consists of single-family rental properties. They'll take on about $13.6 million of the total $27 million reduction in homeowners' taxes. Other commercial property owners (office, retail, etc.) will take on about $11 million.(These figures all assume a 3.5% revenue increase.)

Raising the homestead exemption from 10% to 20% means the resident owner of a $400,000 home (roughly the median home value in Austin) would see an $80,000 reduction in its taxable value, translating to about $141 in savings on property taxes annually. Staff did not provide annual tax savings for those with more expensive homes; one assessed at $1 million (there are at least 10,000 such properties in Travis County, according to the latest data from the Travis Central Appraisal District) could see a $200,000 reduction in its taxable value.

Meanwhile, non-homestead properties would see a $21 increase in taxes paid per $100,000 of taxable value. As rents in Austin begin to rise following a slight dip in 2020, higher taxes to rental property owners will likely be reflected in residential rents; how much so is difficult to predict, as it's just one factor influencing Austin's always volatile rental market.

The exemption for seniors and people with disabilities, however, is a flat rate, per state law. Council approved raising that exemption by $25,000 to $113,000, reducing the expected 2022 tax bill for those homeowners by about $3.52. As Council Member Pio Renteria pointed out, any pause to incessantly higher tax bills could help longtime East Austin property owners stay in place. “The value of their property and their taxes have just gone up to the sky and they're taking their money and they're leaving,” Renteria said. “So we need to give our people here some relief.”

But what about the majority of Austinites who rent? Both Mayor Pro Tem Natasha Harper-Madison and CM Greg Casar pushed Council to approve the exemption only on first and second readings, and for staff to come back next week with a plan for increased rental relief. Casar, who has consistently voted against increases to the exemption since he was elected alongside Adler in 2014, said 20% “is about a $25 million shift in taxes off of homeowners. So I would want to see if we could get $20-$25 million in additional tenant assistance.”