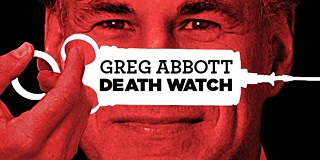 Edward Busby Jr. is like many the state of Texas has put to death in the past 40 years.

He is a person of color who grew up poor, abandoned by his parents and surrounded by violence and drug use. He suffers from intellectual impairments and mental health problems. Occasionally, people like him are spared the death penalty because of their life histories. But no such relief has come for Busby thus far. The state plans to execute him on Feb. 10.

Busby and his companion, Kitty Latimer, had been smoking crack in a Fort Worth hotel room for two weeks on the morning of Jan. 30, 2004, when they decided they needed a car to get out of town. The pair abducted 77-year-old Laura Crane from a grocery store parking lot, locked her in the trunk of her car, and drove north on I-35. After Crane pounded on the lid of the trunk, they stopped and Busby, reportedly at Latimer’s direction, wrapped Crane’s head in duct tape, suffocating her.

After being arrested for capital murder, Busby received a court-appointed attorney. The attorney waited until the eve of his trial, 19 months later, to assemble a case. The basic facts were not in doubt and the guilt portion of the trial was over quickly. The important work for Busby’s attorney was in the sentencing phase, when he would provide a mitigation defense – information that would humanize Busby and convince the jury he didn’t deserve death.

The attorney called six witnesses for this defense. Two were Busby’s sisters; they testified that their father had been an abusive drunk. Three were teachers who testified that Busby couldn’t read or write until age 17, couldn’t count, and had difficulty caring for himself in basic ways. The last witness was a psychologist whose testimony was so damning that it might have come from a prosecutor. The psychologist stated that Busby had an anti-social personality disorder and was a danger to society. He said he “would not be very comfortable running into Mr. Busby in the parking lot of a supermarket” – a reference to the abduction of Laura Crane. The jury gave Busby death.

The psychologist also testified that Busby had an IQ of 77. Attorney David Dow, appointed to represent Busby for his federal appeals, has argued that his IQ is actually 74. This is crucial because the U.S. Supreme Court has determined the threshold of “intellectual disability” to be a score of 70, plus or minus 5 points; the intellectually disabled can’t be executed. In addition to this argument, Dow has claimed that Busby’s previous lawyers did an ineffective job by failing to present evidence about the miserable conditions of his upbringing and that Kitty Latimer directed Crane’s murder.

Judges have rejected these arguments before, but Dow has recently refiled the intellectual disability claim in state court. He is also arguing in federal court that executing Busby without a spiritual advisor at his side – a longstanding practice that the state ended in 2019 – would violate his First Amendment rights. Dow has asked for a stay of execution to allow courts time to address these issues. Busby’s advocates have also requested that Gov. Greg Abbott and the Texas Board of Pardons and Paroles commute his sentence or give him a 120-day reprieve. (See more about the movement to stop executions in Texas at the Texas Coalition to Abolish the Death Penalty's website.)

If Busby’s execution proceeds, he’ll be the first person killed by Texas this year, after Blaine Milam’s execution was stayed at the last minute in January.