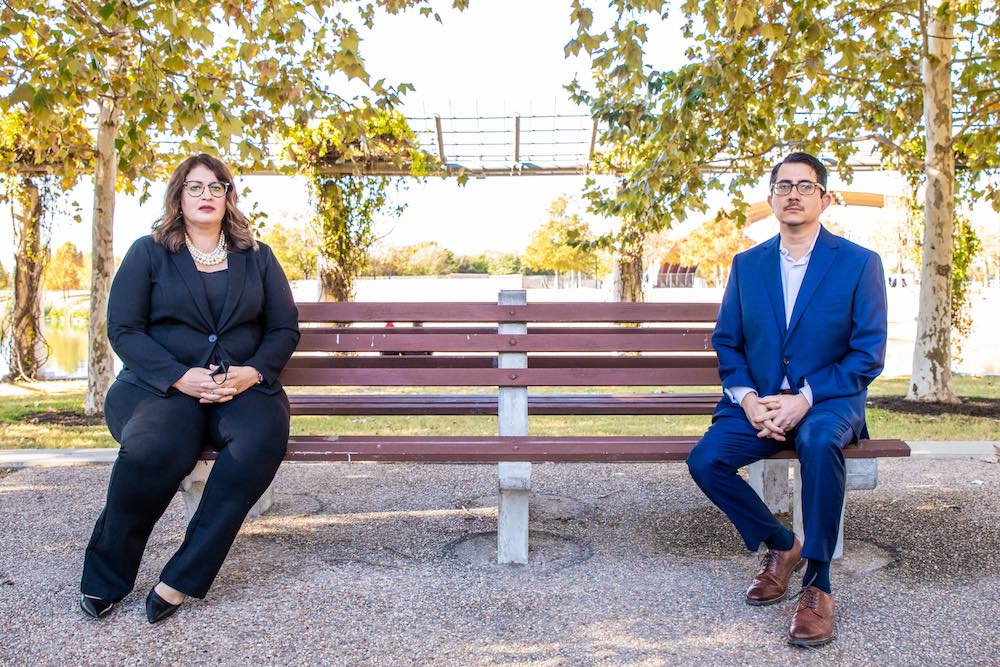 Travis County District Attorney-elect José Garza announced today that Trudy Strassburger, managing director of The Justice Collaborative, will serve as the top deputy in his office.

Strassburger has spent her career in public defense and in crafting policy to reform the criminal justice system, and her hire sends a clear message to the Austin establishment that Garza remains committed to bringing a new vision to the top law enforcement office in the county.

Strassburger started her legal career in Philadelphia in 2002 before moving on in 2007 to the Bronx Public Defenders, an iconic nonprofit that has pioneered transforming the legal system for marginalized groups since its founding in 1997. More recently and locally, Strassburger advocated for the creation of the new Public Defenders’ Office in Travis County – a cause that led to some clashes with former colleagues at the Capital Area Private Defender Service, where she served as deputy director. In 2017, Strassburger helped lead the materiality review of cases potentially tainted by the now-shuttered DNA crime lab run by the Austin Police Department.

Now, she prepares to take on her first job as a prosecutor, under the leadership of fellow first-time prosecutor Garza. To help the duo prepare for the daunting task of taking the reins of a 200-person law firm – while fundamentally changing the way it prosecutes cases – Garza also announced an eight-person transition team, chaired by Texas Civil Rights Project president Mimi Marziani, that will help the D.A.-elect engage with community groups, craft policy changes, and conduct personnel searches.

Despite her bitter primary battle with, and landslide loss to, Garza earlier this year, Travis County’s outgoing D.A. Margaret Moore has already met with her successor multiple times and is said to be helping ensure a smooth transition. Courthouse observers are closely watching how much turnover the DA’s office will experience; it was a given that Moore’s first assistant Mindy Montford would not continue on, but it’s not yet confirmed how much of the current executive team will remain in place. One position to watch will be director of the Civil Rights Unit, the only executive who reports directly to the D.A. instead of the first assistant. Currently, the position is occupied by Dexter Gilford, who was brought in by Moore and is well respected in the community.

Garza told the Chronicle that he and the transition team will spend the next six weeks preparing to implement as many of the reforms he campaigned on, and to handle some of the tough cases that will be waiting for him, as soon as possible. “We have a team that we are confident in and excited about to start the year,” Garza said. “With respect to the reforms we have talked about for 18 months, we will be working every day to ensure they are ready to implement on Day One. I am also working to be as prepared as I can be to fight for justice for all of the families, survivors, and victims who depend on the D.A. to deliver them justice.”

The transition team includes experts in several areas of reform – signaling to the public that Garza is reaching out to leading advocates for change locally and across the country. It includes Gretta Gordy Gardner, who founded Ujima: The National Center on Violence Against Women in the Black Community; Anita Gupta, a staff attorney with the Immigrant Legal Resource Center; and longtime Travis County defense attorney Jackie Wood, who is helping Garza learn the ins-and-outs of the courthouse world. The team also includes non-attorneys, such as social worker Randi Chavez with Texas Defenders Service, who coordinates defendant mitigation – investigating a person’s personal and family history to better understand the circumstances that may have led to a crime.

One of the early goals of the new D.A. and his team will be to eliminate the reflexive use of cash bail that has become a focus of criminal justice reform efforts. Reducing the Travis County jail population, which typically hovers around 2,000 people, was an important part of Garza’s campaign platform, and has taken on increased urgency in light of surging COVID-19 cases.

But as powerful as the D.A. is, the office cannot unilaterally end cash bail, a decision that rests with individual judges who determine if defendants should remain in custody. Those judges tend to defer to the will of prosecutors, though, and Garza intends for his to only request that defendants who pose a public safety threat remain behind bars.

Cash bail disproportionately harms lower-income defendants who are unable to buy their way out of jail; their pretrial confinement can lead to lost jobs, strained family bonds, and overcrowded jails. Beyond that, experts believe those released from jail before trial are better able to prepare for their day in court and less likely to accept unfair plea deals. In 2016, researchers at Princeton, Harvard, and Stanford studying the effects of cash bail found that released defendants are 15.6% less likely to be convicted at trial and 12% less likely to plead guilty.

The thought of poor, usually Black and Latino, defendants enjoying pretrial release at rates close to those for affluent white people accused of crimes leads many conservatives to clutch their pearls. Garza's new D.A. office does not intend to request personal recognizance bonds for every defendant, but rather to review each case and assess its unique circumstances to understand if pretrial release could pose a threat to the public.

That individual perspective is key to how Garza and Strassburger want to approach changing the criminal justice system from within to create more equitable outcomes for all participants. “If we think of the criminal justice system as an assembly line,” Strassburger told us, “we’ve lost. Every person comes into this system with their own story, whether they’re accused of a crime or [the] victim of a crime. We have to figure out what made a person commit a crime to make sure it doesn’t happen again.”

That’s the goal Garza and Strassburger hope to achieve: a criminal system that delivers true justice more often than it hands out punishments too often confused with justice. From Marziani’s perspective, Austinites interested in justice reform should see the new players and their views as encouraging. “To make a safer community and to restore trust in the D.A.,” Marziani told us “you need someone like José [who] is going to listen to communities. You need someone like Trudy who is thoughtful about all of the pressures coming to bear on someone when they are accused of a crime. And you need a transition team composed of diverse voices with broad perspectives. We have all of that, and I’m confident we’ll succeed in transforming the justice system in Travis County.”

Per the Garza campaign, the transition team members are: