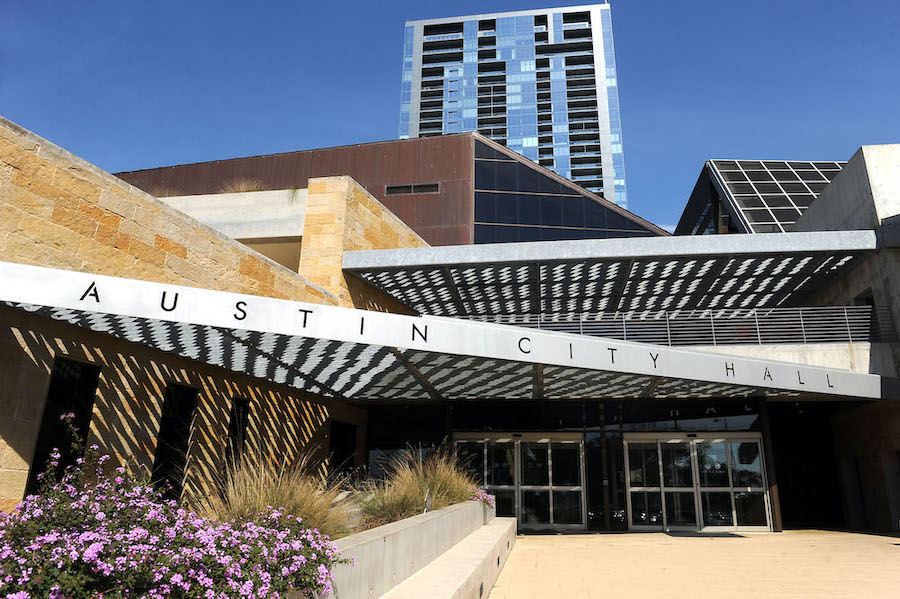 With its July 29 approval of four resolutions introduced by Council Member Natasha Harper-Madison, City Council this week took steps toward erasing the legacy of white supremacy that haunts every American city, Austin included.

Separately, the four resolutions declared racism a public health crisis requiring more attention from the city and directed staff to draft an ordinance that wold rewrite decades-old public consumption laws that were originally designed to criminalize Black and Latinx neighborhoods; recommit to an effort to rename assets throughout the city named in honor of Confederate or white supremacist figures; and make Juneteenth a paid holiday for all city workers.

Introducing the four resolutions, Harper-Madison – who is the Council’s only Black member and who has experienced firsthand the indignities rooted in racism that these resolutions are meant to combat – noted that these problems have existed in Austin since the city was founded in 1839. “The city of Austin turns 181 years old this year,” Harper-Madison began. “It was founded by white men to serve as the capitol of a republic whose constitution protected slavery and explicitly barred Black and indigenous people from citizenship.”

In between the city’s founding and now, Harper-Madison said, legal segregation, racial terrorism, divestment and displacement from Black communities, and other factors have all contributed to Austin having “the distinction of being the only fast-growing U.S. metropolitan city with a shrinking Black population.”

“The inequities are countless and they aren’t because African-Americans are inherently inferior. They are the fruits of generations worth of explicitly discriminatory and racist policies,” the CM said. Later, summarizing the intended effect of the four resolutions, Harper-Madison said, "Most of the time explicit racism is no longer accepted in polite society. That doesn’t mean the job is done. Implicit racism is all around us. Our city’s institutions were built on a foundation of white supremacy, and we have to recognize that before we can start to resolve it.”

Part of that recognition includes making a holiday historically celebrated mostly by Black communities into a day of pride for all Americans, Texans, and Austinites. Juneteenth marks the day (June 19, 1865) that Union general Gordon Granger came to Galveston to tell Texas slaves that they had been freed – technically, two and a half years earlier when President Abraham Lincoln issued the Emancipation Proclamation, but, in reality, only after the Confederate surrender that April.

“We have the opportunity to recognize that Black history is American history and it is, in fact, Austin history,” Harper-Madison said of the resolution. “By recognizing Juneteenth as a city holiday, we will signal that we know freedom in this country has only been unlocked in stages. And it’s a long journey.” The resolution directs City Manager Spencer Cronk to study the costs of providing the day off to city workers and incorporate those into the Fiscal Year 2021 budget, set to be adopted on Aug. 12.

“We have the opportunity to recognize that Black history is American history and it is, in fact, Austin history.” – Council Member Natasha Harper-Madison

Another of the four resolutions directs city staff to resume work on renaming assets that are “dedicated to the Confederacy and white supremacy” and instead “to recognize esteemed state and local heroes, places, and concepts that uphold the noble ideals of liberty, democracy, and self-determination.” In 2018, the city’s Equity Office identified 34 streets, monuments, parks, buildings, and other assets that bear such history. Council took action to rename one of those facilities, the Metz Recreation Center, at the July 29 meeting. The building will become the Rodolfo 'Rudy' Mendez Recreation Center, after the Austin dancer, instructor, and founder of Ballet East Dance Company, a fixture of East Austin arts and culture for 40 years.

The resolution directs Cronk to outline a process in which 10 assets can be considered for renaming at a time, with six months devoted to each effort, before Council votes on each renaming. Staff will issue a biannual report updating the community on progress of the renaming project.

Austin began prohibiting the public consumption of alcohol in designated areas in the 1990s – including Downtown and near the UT campus, but also east of I-35 in Black and Latinx neighborhoods. This inequity was called out at the time by advocates and Council members; the amendments to be drafted would “end a double standard for Eastside residents who haven’t had access to the same rights as most of their mostly white and wealthier neighbors,” Harper-Madison said of the resolution.

Finally, in a resolution that touches on the three previous, Council voted to declare “racism a public health crisis.” Although largely symbolic, the resolution comes with direction for staff to “continue work to advance the City of Austin as a race equity- and justice-oriented organization,” according to the resolution. Specifically, that work should be targeted around closing racial disparities in health, education, housing, finance, and justice. Staff will report to Council annually on “advocacy initiatives and progress on policy advancement.”

In other business, Council voted 10-1 to approve a contract with Relief Enterprises of Texas, Inc. to conduct cleanups of unhoused encampments located under highway overpasses. CM Greg Casar was the only dissenting vote; he introduced an amendment to reduce the three-year, $1.7 million contract to one year and redirect $250,000 to city departments to bring more of the cleanup work in house.

As we reported earlier in July, homeless advocates have criticized cleanups as inhumane and burdensome to the vulnerable people living under highways. Several people called into the meeting on Wednesday to press Council to spend less on “sweeps” and more on programs to provide people experiencing homelessness with regular trash collection. Casar agreed and called for the city to help keep the areas clean and safe “in a more cooperative way, with people in a more participatory way that avoids levels of tensions.”

The directors of Austin Resource Recovery and the Public Works Department, both of which manage cleanup work, agreed the contract could be reduced to one year and that the work should be conducted more compassionately. But ARR Director Ken Snipes pushed back on moving the work in house within a year. “We would need to study that body of work,” Snipes told Council. “It's a large body of work, and to bring that in house would be quite a lift.”

Both directors also condemned the way city staffers and contractors have treated the belongings of some people living in camps, such as throwing away water supplies and privacy structures, and said an upcoming staff memo would outline changes. Those could include greater collaboration with service providers, posting cleanup notices in English and Spanish, and providing information about resources available to the unhoused in encampments.