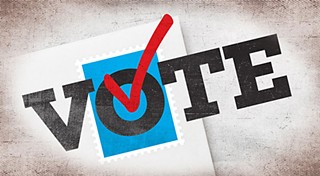 In a terse order issued Friday afternoon, the U.S. Supreme Court declined to lift a stay on an injunction that would have allowed all Texas voters to do so by mail. The order reads: "The application to vacate stay presented to JUSTICE ALITO and by him referred to the Court is denied."

The order is in response to a June 16 filing by the Texas Democratic Party, asking the Court to lift the stay imposed by the Fifth U.S. Circuit Court of Appeals of a ruling by San Antonio federal judge Fred Biery to allow voting by mail to all eligible Texas voters, under pandemic conditions. Justice Samuel Alito oversees the Fifth Circuit; the order indicates he referred the matter to the full court.

The TDP filing also asked the Court to expedite consideration of the constitutional merits of the plaintiffs' suit: most specifically, that the 26th Amendment (which enabled those 18 and older to vote) explicitly prohibits discrimination against voters on the basis of age. (One eligibility standard for mail ballots in Texas is that the voter be 65 years or older.)

In an unusual note accompanying the order, Justice Sonia Sotomayor suggests instead that the Fifth Circuit expedite its consideration of the case.

"This application raises weighty but seemingly novel questions regarding the Twenty-Sixth Amendment," writes Sotomayor. "I do not disagree with the decision to refrain from addressing them for the first time here, in the context of an emergency application to vacate a stay of an injunction. But I hope that the Court of Appeals will consider the merits of the legal issues in this case well in advance of the November election."

Sotomayor's exhortation suggests the Supreme Court will wait for a Fifth Circuit ruling before accepting its own consideration of the TDP appeal. Yet in applying to the Supremes, TDP general counsel Chad Dunn noted that the Fifth Circuit's stay order – by a three-judge panel – effectively (and at length) ruled on the appeal in advance of any hearing by the full court.

The already delayed Supreme Court order has rendered impossible any attempt to expand VBM in time for the July 14 interim election – early voting begins Monday, in the midst of a spiking Texas epidemic. That the Fifth Circuit might rule in time to enable early Supreme Court consideration, let alone a decision allowing a sufficient planning period for the November election, appears unlikely.

This is an ongoing story; follow the daily News and the Chronicle's print edition. 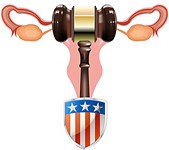