Voices From the Black Austin Rally and March for Black Lives

Letting the protesters speak for themselves 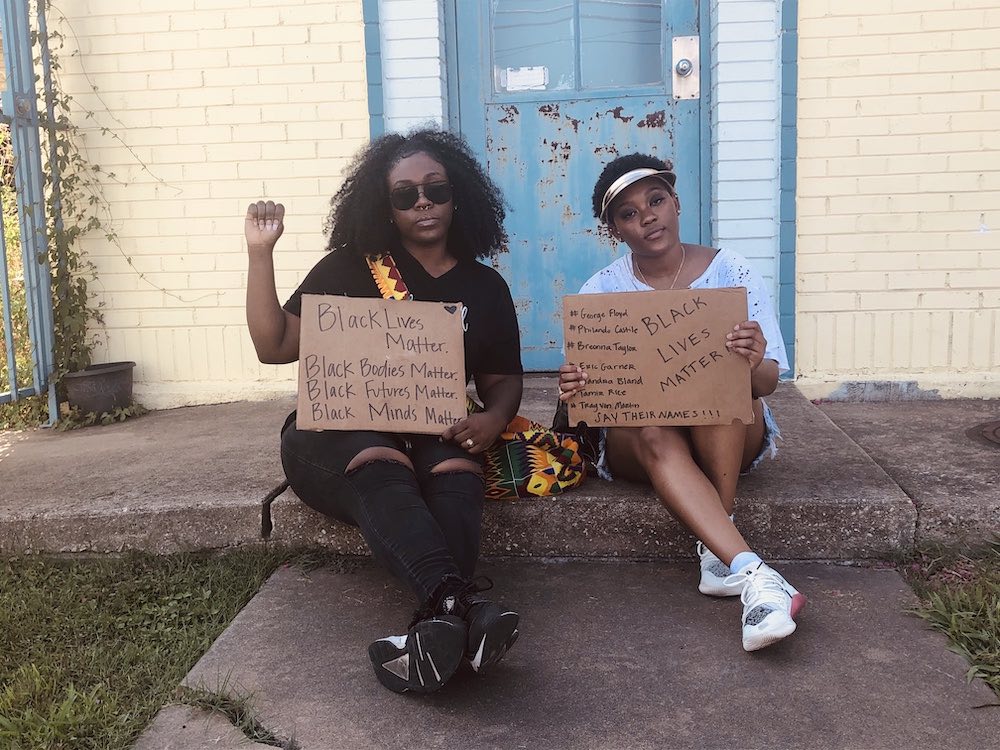 Javonna Hamilton (r) with Marshala Wilkins
As thousands gathered at Huston-Tillotson University to raise their voices, peacefully combat police violence against Black people, and march to the Capitol, Clara Ence Morse talked to a few of the protesters to find out what exactly got them on to the streets.

“I’m not understanding why the budget is so high for the police department and low in other areas. We need money [to be] going towards the education system, the healthcare system, mental health services.… We really need to think about what we’re putting our funds into, because it actually shows what we care about.”
– Javonna Hamilton, protester 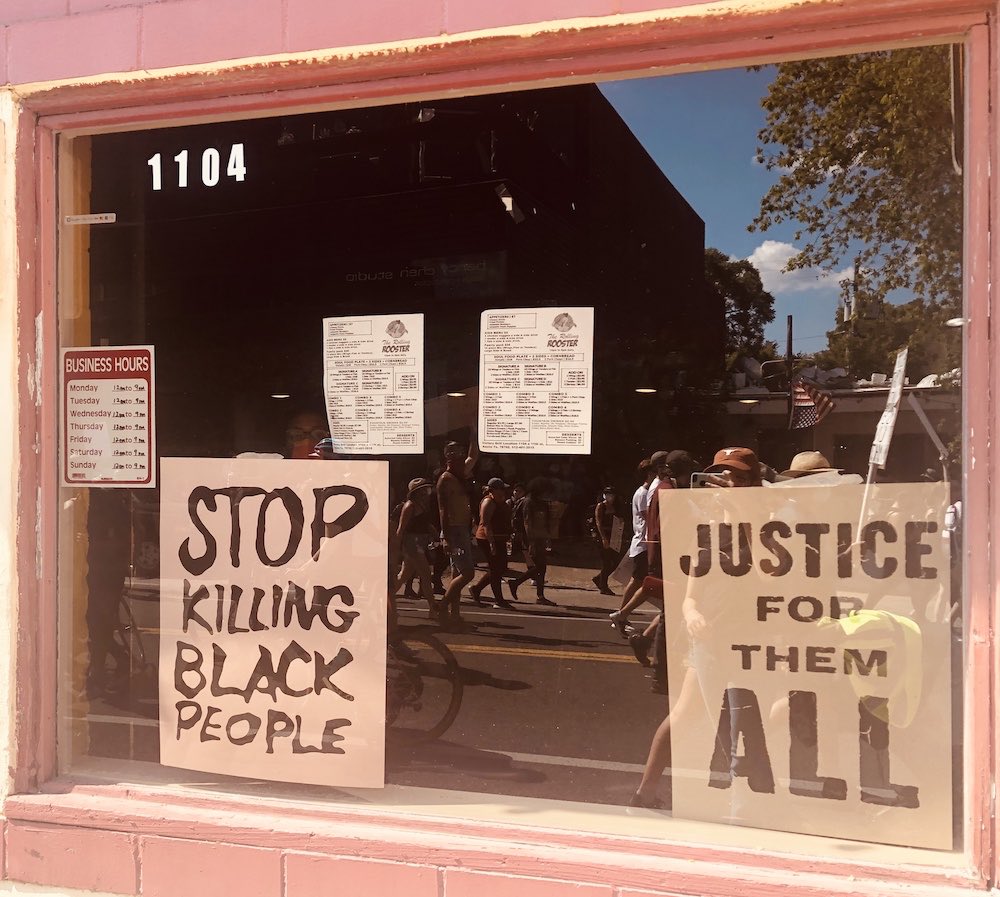 “We wanted to hydrate everybody and just send positive vibes to everybody… We couldn’t really be out there because we had to run our establishment, but we wanted to show our support.”
– Ryan Sissac, Black co-owner of the Rolling Rooster restaurant on East 11th, which gave out free water to protesters throughout the day

“I think it’s important for me, as a white woman, to model to [my daughter] how to fight the injustices that are being done to Black people, and that have [been done] since the beginning, the inception of this country.”
– Robin Heffer, protester who marched with 9-year-old daughter

“Black Lives Matter, that’s all I want to say.”
– Mark Phillips, protester, who attended the march with friends wearing homemade No Justice No Peace masks 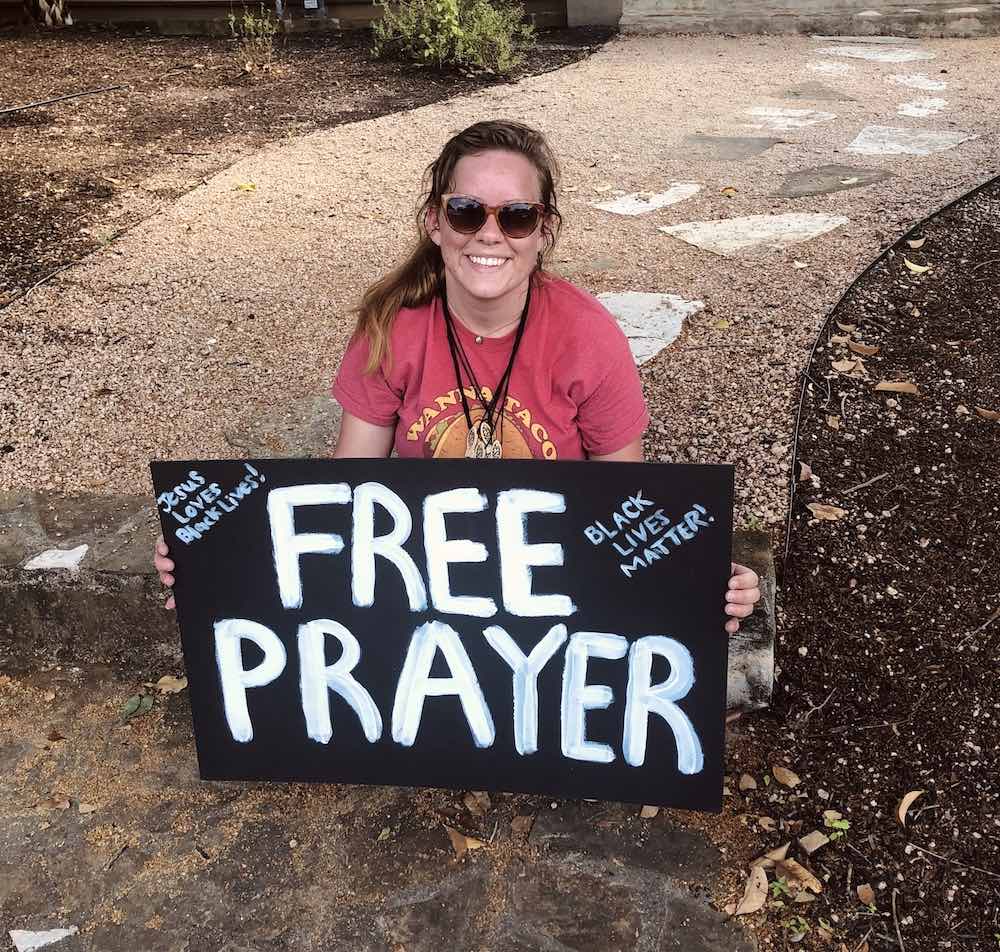 “I feel that Jesus would definitely be out here too, and I’m a Jesus-follower, therefore I am doing the things that are best for the kingdom of God. People that are in the Black community are hurting right now, and Black Jesus-followers are hurting, and I wanted to stand with them.”
– Taylor Schwartz, who offered “free prayer” for Black Lives Matter

“Don’t just follow a trend. This isn’t a trend. You need to do research, you need to know what you’re talking about.”
– Carol Keeling, protester

“It can start with defunding the police, not giving them so much money and not giving them quotas to be roaming the streets trying to get a certain amount of tickets. It’s really unnecessary. They’re not out here protecting us. They’re getting paid to put us in fear, really.”
– Ashley Rendon, protester, on steps City Council needs to take to enact change 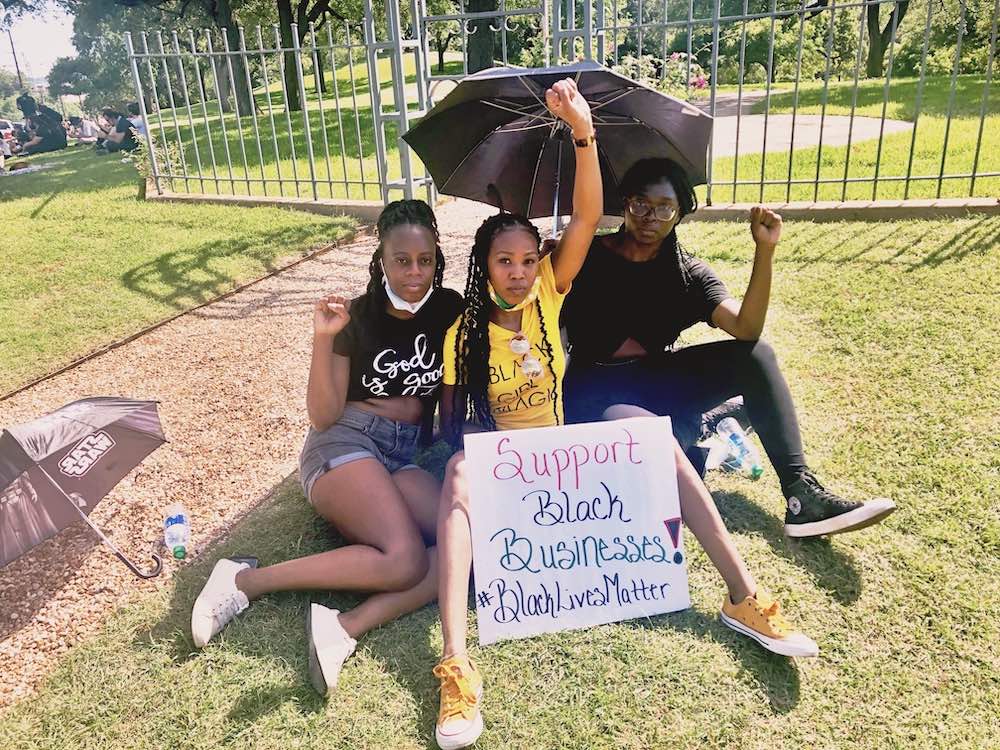 “I’m relatively new to the Austin community, but I want to be involved in changing the way that my community works for people that look like me. By the time I got here, East Austin was already being gentrified. I’m trying to find a Black community; I can’t find it. I realize it’s out here; it’s out here working; it’s out here trying to build something better for ourselves.”
– Onif Gentiles, protester 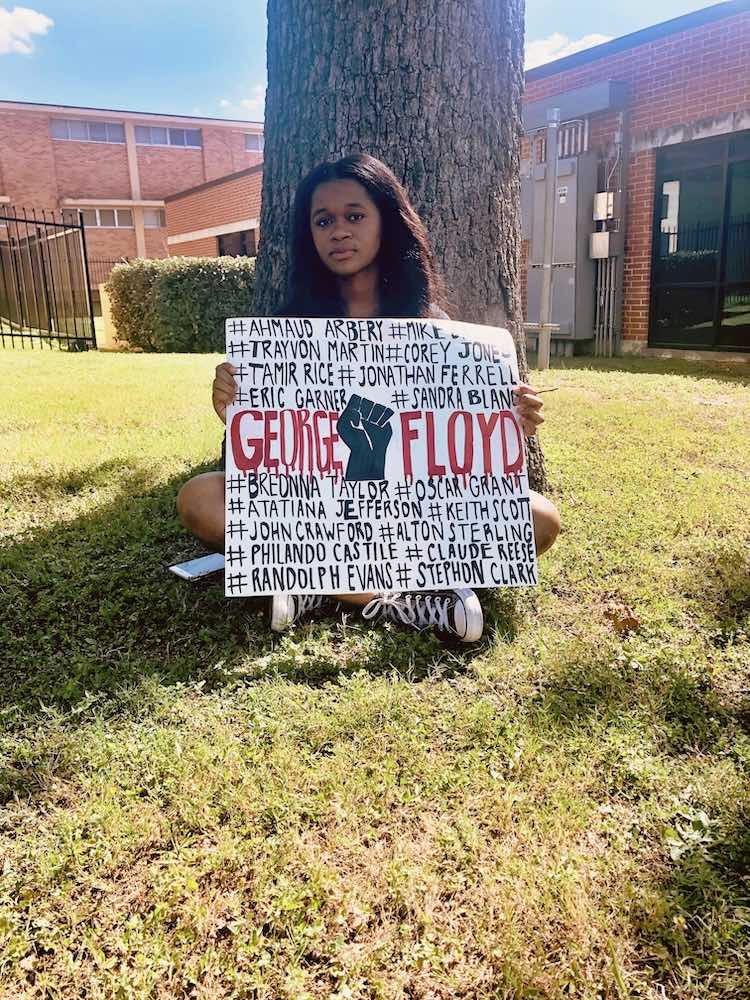 “I’ve seen pictures, but being out here, seeing everybody actually screaming with some of their passion, it was just really good to feel and hear as a Black woman.”
– Nariyah Spellman, protester

“For the longest time, most of us just haven’t really cared how Black people are treated. And I guess it’s pretty simple, I just want to be here and be one more person that someone can look at and say, ‘Hey, that person cares about me too.’”
– Aaron, protester

Read more stories from the weekend protests in this week's print issue, on stands June 11.