How to help and how to find help

Both nationwide and here at home, people have taken to the streets to protest racism and police violence against Black people. In the wake of the police killings of George Floyd in Minneapolis, Mike Ramos in Austin, and countless others, here are sources of support for Austin’s Black community right now. 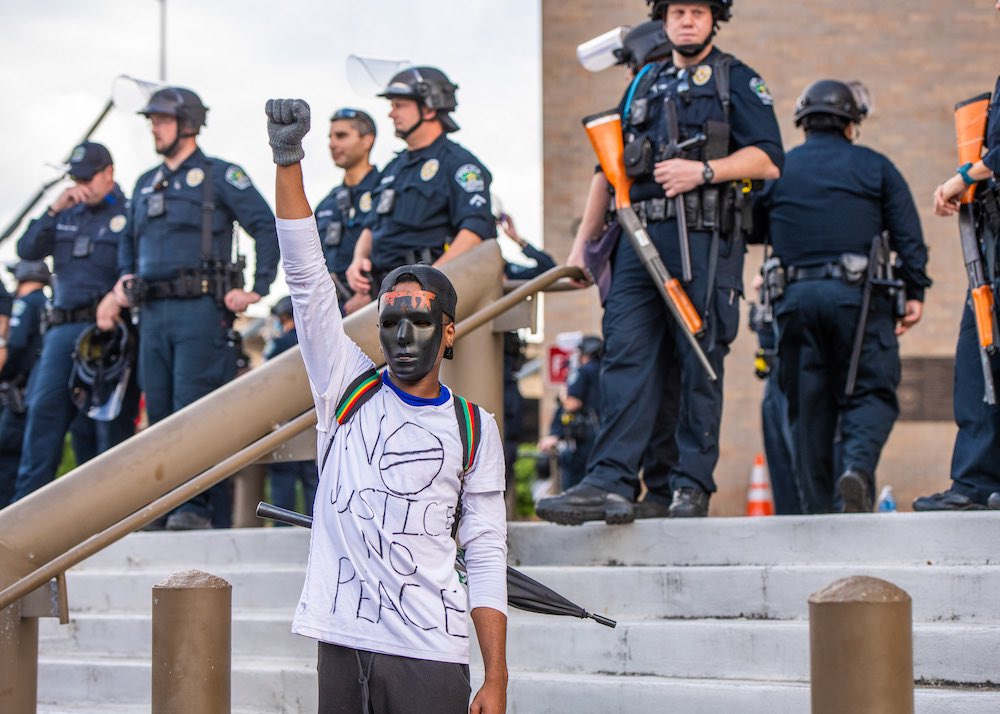 Resources for Arrested or Hurt Protesters

400+1, a Black-led community organization in Austin, has raised a bail fund that arrested protesters can request money from.

Students at the University of Texas at Austin have access to free legal services.

Donate to the GoFundMe page that helps pay the medical bills for Brad Ayala, the 16-year-old who APD shot with “less lethal” rounds in the head at the protest on May 30. If you want to volunteer with the Street Medics team helping patch up protesters injured by “less lethal” rounds (and likely treat heat exhaustion in the coming days) Get more information and apply.

Anyone injured at the protests may request funds for medical supplies or treatment from Mutual Aid ATX.

The Movement for Black Lives (M4BL) has created a week of action from June 1-7, with suggestions for action categorized by physical risk during the COVID-19 crisis, which is disproportionately affecting communities of color.

The Austin Area African American Behavioral Health Network (4ABHN) is a group for Black Austinites looking to support each other while navigating issues of mental health.

Inclusive Therapists is a directory that allows users to find mental healthcare providers based on a variety of different needs, including a preference for Black therapists. Options for reduced-price teletherapy are available.

How You Can Support Black Austinites

The Austin Justice Coalition has opportunities to volunteer, donate money, or attend one of their events.

Donate to the 400+1 Bail Fund to support arrested protesters.

Volunteer or donate to the Community Advocacy & Healing Project which attempts to educate and organize for people working within oppressive systems.

Donate to @mutualaidatx on Venmo or Cash App to provide for bail funds as well as medical support and supplies for protesters.

Pick dining options from our list of local Black-owned restaurants and shop from the Greater Austin Black Chamber’s directory of Black-owned businesses.

Seek out anti-racist literature to further educate yourself, and purchase from Black Pearl Books, a Black-owned bookstore in Austin.

The Texas Appleseed advocacy group has a list of key accomplishments to check out, including advocating for homeless youth and curtailing police authority in schools and protecting Texan students from being charged with truancy or receiving suspension for minor misbehavior. And you can donate.

Take the city of Austin budget survey before July 1. See how much money is allocated to the police department versus other areas like “neighborhood housing community development,” and adjust according to your priorities.

You can file a complaint against an officer. According to the website, “This service is for anyone who has had or witnessed an interaction with the Austin Police Department (APD) and wants to provide feedback. It is administered by the Office of Police Oversight (OPO), which is impartial and separate from the APD.” You can submit a complaint anonymously or with contact information.

This post has been amended since original publication to remove from its list of resources the Mike Ramos Brigade, an organization Brenda Ramos says is unaffiliated with her family and does not speak for them.