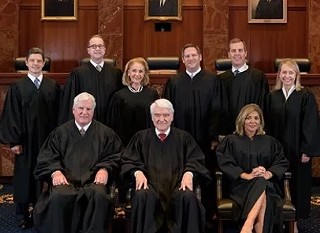 On Friday, May 15, the Texas Supreme Court issued a brief order blocking a lower court ruling that all voters can vote by mail, pending the Court’s further review. The new ruling leaves both voters and election officials uncertain on how to proceed.

The Court’s order overrules an order issued a day earlier by the 14th Court of Appeals, sustaining an April 17 injunction by state District Judge Tim Sulak allowing all Texas voters to vote by mail in the elections scheduled for July 14. Attorney General Ken Paxton has asked the Supreme Court to overturn the injunction – their unamplified order stays the injunction, and schedules a hearing on Paxton’s request for a writ of mandamus for Wednesday afternoon, May 20. (“Texas Attorney General Asks State Supreme Court to Stop Expansion of Voting by Mail,” May 14)

The Court’s ruling is the latest step in a series of legal proceedings debating the meaning of “disability” under Texas election law. Judge Sulak ruled that the current threat of infection by the novel coronavirus that causes Covid-19 constitutes a universal “physical condition” that could be “injurious to the health” of in-person voters; the state of Texas (in the person of A.G. Paxton) contends that only a personal, individual disability is a “physical condition” under the law, and that “fear” of infection is only a “mental condition.” (“Judge Sulak Issues Vote-by-Mail Injunction,” April 17)

Less often noted in the media reports on the district court injunction are its other provisions: in particular, that all state officials were forbidden from “issuing guidance or otherwise taking actions” that would discourage voters from requesting or election officials from distributing mail ballots requested on the grounds of disability, or to “suggest that individuals may be subject to penalty solely for doing so.” Paxton began defying that provision of the injunction even before it was formally issued, and in a subsequent letter to all county election officials and county judges threatened “criminal sanctions” against anyone advising that voting by mail is an option for those at risk of infection. (“Paxton Threatens Election Officials With Prosecution,” May 4)

Following Friday’s ruling, Paxton released a statement welcoming the ruling, saying in part: “I am pleased that today the Texas Supreme Court confirmed that my office may continue to prosecute voter fraud and issue guidance on mail-in ballots while that appeal plays out.” Texas Democratic Party Chair Gilberto Hinojosa also responded, saying the Supreme Court ruling is “a dark day for our democracy” and calling the justices a “new Republican death panel.” Hinojosa said the Court “is wrong to force the people of Texas to choose between their health and their right to vote.”

Presumably, Wednesday’s Supreme Court hearing will take precedence over further action in the 14th Court of Appeals; also pending are separate federal lawsuits filed by a group of Texas voters and the Texas Democratic Party. The Sulak injunction was in force from April 17 to May 15 – during that time, many thousands of voters across the state requested mail ballots on grounds of disability, simply by checking the “disability” box on the standard form. The request does not require justification, and it remains unclear what will happen with those requests for mail ballots already submitted, or how election officials should respond to subsequent requests.

This is a developing story – follow the Daily News and the Chronicle’s print edition. 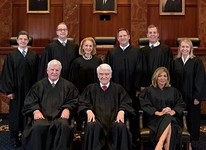