Judge indicates he will grant temporary injunction for VBM

Today's hearing in the 201st District Court*[correction below] concluded just before 3pm, when Judge Tim Sulak indicated he would grant a temporary injunction enabling expanded mail voting for July and an "aligned" early voting period. State is expected to appeal.

Today's hearing considered the first of two Texas Democratic Party lawsuits filed to require the state of Texas to allow universal voting by mail – this state proceeding will be followed by a broader federal lawsuit. The TDP's arguments today rested largely on the argument that state election law already allows a voter to request VBM by asserting a "disability" – in this instance, the risk that voting in-person under pandemic conditions represents a substantial risk to individual and public health.

The defendants (primarily the state of Texas and Secretary of State Ruth Hughs), represented by Asst. Attorney General Anna Mackin, argued that law defines "disability" solely as a "physical condition," that any court action now is speculative, and that pandemic conditions are evolving and we can't know what is correct action for July (or November). Mackin also argued the court has no jurisdiction, because election policy is solely a legislative matter.

Plaintiffs and nonprofit intervenors, primarily represented by TDP attorney Chad Dunn, argued that case law substantially gives court jurisdiction over these matters, and that to argue otherwise would eviscerate judicial review and a co-equal branch of government. Dunn also rejected the state's argument that it is too early to act – would set up a "too early now, too late later" voting circumstance for voters and election officials.

In his summary comments, Judge Sulak agreed that the pandemic presents voters with either a Hobson's Choice (no real alternative) or a "Morton's Fork" (two bad choices): risking health vs. abandoning right to vote. He also agreed that the state law governing "disability" is sufficiently ambiguous that it needs clarity for officials and voters to know what actions are medically correct and legally sufficient.

Sulak did not rule from the bench, but he indicated that he would grant the temporary injunction (enabling universal VBM at least through July), deny the state's plea questioning the court's jurisdiction, and grant the motion from Travis County Clerk Dana DeBeauvoir (and others) to align the currently unaligned early vote periods for the Senate District 14 special election and the primary run-offs (both scheduled for July 14, but with different e-vote periods).

DeBeauvoir had requested the alignment because the current schedule would require some voters (for in-person voting) to appear twice under pandemic conditions. She did not testify – her submitted declaration was summarized by Asst. County Attorney Leslie Dippel.

Judge Sulak, who still needs to review some submitted documentation, did not indicate when he would issue a ruling, but various outlets (and social media) are already reporting his ruling as immediate. He added that he expected there would be appeals to "Three Wise Men or Women" (of the Third Court of Appeals, as well as to "The Supreme Beings" (i.e., the state Supreme Court or perhaps the U.S. Supreme Court).

For more on the lawsuits (including links to pleadings), see April 7 story, "Texas Democrats file Second Vote-by-Mail Suit." For more on today's hearing, review the live-tweet thread by @PointAustin.

*Correction: Although Judge Sulak normally presides over the 353rd state District Court, this hearing in fact took place (remotely) under the auspices of the 201st District Court, via the "wheel" judicial assignments in Travis County District Courts. 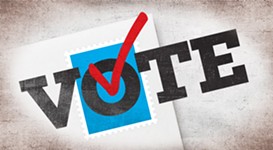 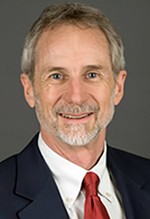