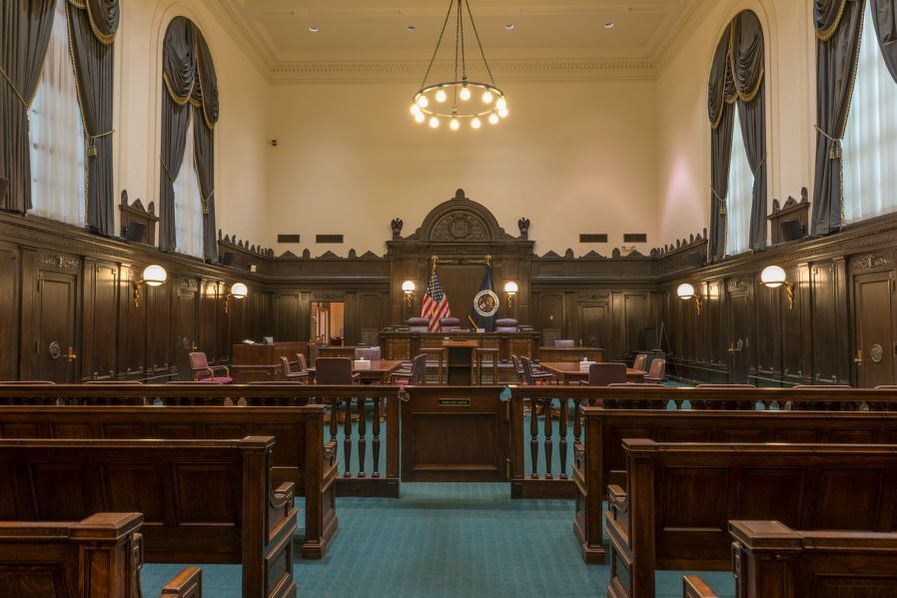 A courtroom at the historic John Minor Wisdom U.S. Courthouse in New Orleans, home of the 5th Circuit. (Image via Library of Congress)

In a series of dizzying legal twists and turns over state officials’ draconian decision to ban abortion amid the COVID-19 pandemic, the 5th U.S. Circuit Court of Appeals has reinstated medication abortion – for now.

Since March 23, abortion has been largely unavailable in Texas, for the first time since 1972. That’s when Attorney General Ken Paxton, following an order from Gov. Greg Abbott, deemed abortion care a “non-essential” procedure that must be placed on hold, supposedly to conserve medical resources. Reproductive health advocates and providers have called the move “exploitation” of the public health crisis to achieve the anti-choice agenda.

Providers represented by the Center for Reproductive Rights, the Lawyering Project, and Planned Parenthood Federation of America, filed suit in Austin; while U.S. District Judge Lee Yeakel initially blocked the ban, the conservative 5th Circuit almost immediately overruled that order. A few days later, Yeakel allowed providers to resume medication abortion as well as procedures for patients who would be unable to access abortion due to gestational age by April 22 (when Abbott’s executive order would expire). Again, the 5th Circuit struck the order down.

Abortion providers then, on April 11, sought emergency relief to allow medication abortion from the U.S. Supreme Court. Countering the state’s main argument for banning procedures during the COVID-19 emergency, providers argued that patients will require more medical resources if they cannot obtain an early abortion and remain pregnant. Medication abortion, they noted, can be provided without any personal protective equipment (PPE) or hospital space. “There is no evidence that prohibiting medication abortions will conserve hospital capacity or PPE to fight COVID-19. In fact, forcing Texans to travel out of state for abortion care or to remain pregnant for additional weeks (or months if the Executive Order is extended) harms public health by increasing the amount of PPE required to provide abortion or pregnancy-related care to patients, further straining hospital capacity, and increasing the risk of COVID-19 transmission as anxious patients fly or drive hundreds of miles across state lines to attempt to obtain abortion services,” they wrote to SCOTUS.

On Monday, April 13, the 5th Circuit changed its tune, ruling that Texas failed to make a strong showing as to why Abbott’s order should apply to medication abortion. In his concurrence, U.S. Circuit Judge James Dennis, appointed by President Bill Clinton, wrote that the state’s desire to enforce the medication ban despite the executive order’s “apparent inapplicability” is a “strong indication” that the enforcement is simply a pretext that doesn’t bear a “real or substantial relation to the public health crisis.”

So, for now, the two-pill process to terminate pregnancy up to 10 weeks of gestation is once again legal. However, surgical abortion procedures remain unavailable to Texas patients unless their gestational age will exceed the state’s legal limit by April 22. “Since Gov. Abbott’s Executive Order went into effect, hundreds of Texans seeking time-sensitive, essential abortion have faced ongoing anxiety and uncertainty,” said Dyana Limon-Mercado, executive director of Planned Parenthood Texas Votes. “It is shocking but unsurprising that [Abbott and Paxton] have used the current global health pandemic to try and advance their extremist political agenda.”