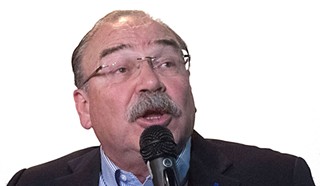 Today the Texas Democratic Party filed a federal lawsuit against Gov. Greg Abbott and several election officials, to allow all Texas voters to vote by mail under current pandemic conditions, in the upcoming July and November elections.

In a statement announcing the suit, filed in San Antonio federal district court, TDP Chair Gilberto Hinojosa said, “We must protect Texans’ ability to cast a ballot without jeopardizing their health or safety. … We must not allow the coronavirus outbreak to halt our democracy.”

Under current Texas law, only the elderly, people physically disabled, or absentees can legally request mail-in ballots. The pleadings ask the court to make any necessary procedural changes to enable essentially all Texas voters to request and receive mail ballots – on the principle that under pandemic conditions, all voters are effectively prevented from voting in person.

The state brief, expected to be heard by a court in April, argues for an injunction to require election officials “to accept and tabulate any mail-in ballots received from voters in an upcoming election who believe that they should practice social distancing in order to hinder the known or unknown spread of a virus or disease.” The federal brief goes further, reiterating that argument but also citing the state’s “extensive history of disenfranchising voters.”

Significantly, the TDP’s federal pleading acknowledges the recent political and legal controversy over voting in Wisconsin – an election taking place Tuesday under very difficult pandemic circumstances – and cites the U.S. Supreme Court decision issued Monday that allowed the election to go forward while insisting the “narrow” ruling did not reflect a decision on voting under pandemic conditions. The Court noted that rules should not be changed “on the eve of an election,” but added that its decision “should not be viewed as expressing an opinion on the broader question of whether to hold the election, or whether other reforms or modifications in election procedures in light of COVID–19 are appropriate.”

Since the Supremes asked for undefined “early” consideration of legal challenges, say the Texas plaintiffs, “These Plaintiffs file this suit at the earliest possible moment after receiving this Supreme Court guidance so as to ensure timely merits review.” The state court suit relies largely on the argument that voting under pandemic conditions constitutes a de facto, universal “disability” that triggers the right for all eligible voters to do so by mail. The federal pleading repeats that claim, while also alleging several potential counts of violations of the U.S. Constitution and the Voting Rights Act, charging both racial and non-racial discrimination against various classes of voters.

In addition to the legal claims, plaintiffs argue that local election officials need consistent state direction and guidelines to administer elections, as well as additional state resources to greatly expand the current capability to serve already eligible voters by mail. Travis County Clerk Debeauvoir told the Chronicle in March that she believes the county has sufficient resources to supply all currently eligible voters (should they all choose to vote by mail), but she would need many more mail ballots as well as additional staff and high-speed scanners to allow all Travis County voters to vote by mail. 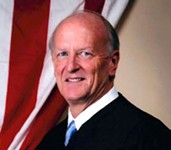